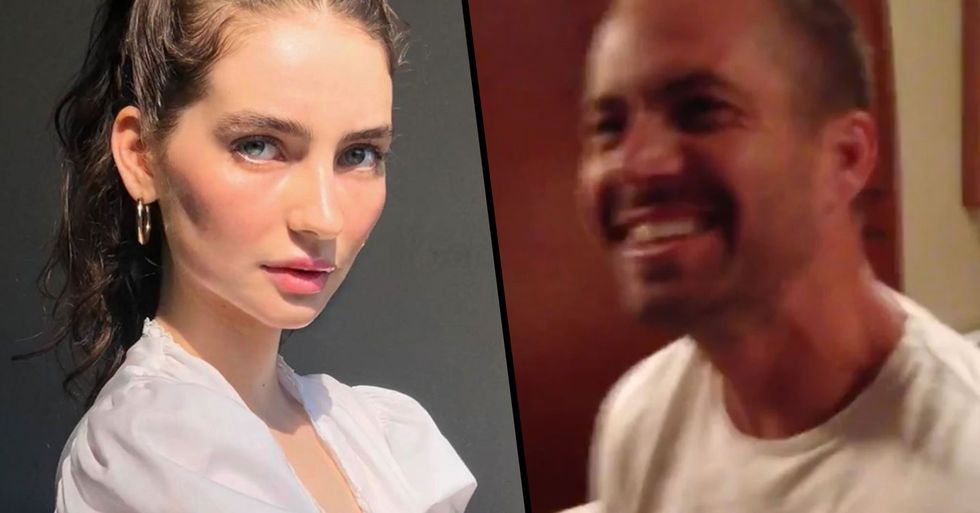 The actor left behind his now twenty-one-year-old daughter, Meadow, who regularly pays tribute to Paul on social media. And now, she has shared heartbreaking footage of her and her dad that has never before been seen by the public.

Keep scrolling for the full story, and to watch the touching video for yourself...

In his untimely death, Paul left behind his daughter, Meadow, who was only fifteen-years-old at the time.

She truly is her father's daughter.

And this week, amid the global lockdown, she has paid another tribute to her dad by sharing some never-before-seen footage of the actor.

The video in question has been held close to Meadow's chest for quite some time.

"I never thought I’d share this. But it felt right. Be good. I love you. Stay safe."

It is unclear when or where the footage was taken, but it shows Paul being surprised by his daughter for his birthday.

After creeping behind a door and suddenly jumping out on her dad, Meadow can be heard saying "hi" to her surprised dad, who falls on the bed in fits of laughter as she shouts "Happy Birthday!"

She continues to yell "happy birthday" over and over...

As Paul, still laughing, says: "You scared the hell out of me!"

Meadow then leans in for a hug...

And he embraces her tightly, rolling around on the bed with her in fits of laughter.

It is a heartachingly beautiful watch.

And has been the perfect spirit lifter amid the ongoing medical pandemic. You can watch the full video above.