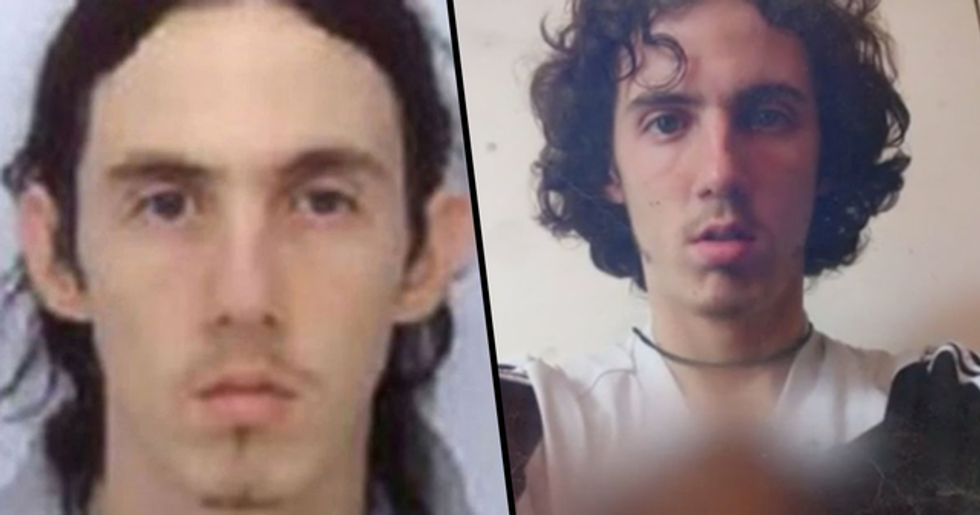 Pedophile Who Abused 200 Children Stabbed to Death in Jail

A man who has been dubbed as "Britain's worst pedophile" was stabbed to death in his prison cell this week.

Richard Huckle, who was serving twenty-two concurrent life sentences at the high-security Full Sutton Prison in North Yorkshire, is believed to have abused hundreds of children while traveling across Asia. And, on Sunday last week, he was found dead in his cell after being stabbed with a make-shift knife by another inmate.

Huckle, thirty, was a freelance photographer from Ashford, Kent, who had abused hundreds of innocent children during an 8-year spree across Asia.

Huckle had posed as a Christian philanthropist and teacher to gain access to children.

And, primarily in poverty-stricken areas of the Malaysian capital of Kuala Lumpur, he targeted children between the ages of six-months-old to ten-years-old.

Huckle documented his trip in an online forum on the dark web.

In it, Huckle wrote of his love of South Asia, which he had first visisted in 2005, because “the kids are adorable and their families are easy to get along with" so “you can easily play along and do what you want, within limits, with their kids."

He wrote about his exploits in sickening detail.

And explained how many of the families he stayed with knew what he was doing to their children. He wrote of having sexual contact with children from one family, "and although the family obviously doesn’t approve they try to work around it as they know I can be a potentially valuable asset to them in the future."

He boasted about his disgusting acts.

In his posts, Huckle had bragged that “impoverished kids are definitely much easier to seduce than middle-class Western kids."

His comments were repulsive.

Commenting on one of his victims, he boasted, "I’d hit the jackpot, a 3-year-old girl as loyal to me as my dog and nobody seemed to care."

He even planned on marrying a child whom he had met on his travels.

The girl was only 7-years-old. Huckle thought he could “influence her young mind to mold her into the perfect wife." But, he said, she “strongly disapproves" of him having sex with her and her family members.

He wrote about hoping to influence his young wife into "not reporting him."

And he stated that he "would make it clear to her that she would lose her ‘middle class’ lifestyle if I got busted."

And he planned on eventually fostering children...

So that he could freely abuse children as they come in and out of his care. "Though I would like my own kids, only one or two, I am not a big fan of incest. So even though it’s very risky I’d like a cycle of children to come through staying at my house."

Thankfully, Huckle was finally caught after an Australian probe into his website.

British police arrested him at London’s Gatwick Airport in December 2014 as he returned home from Malaysia to spend Christmas with his parents while carrying a heavily encrypted computer and camera that contained more than 20,0000 images of child sex abuse.

However, he was released on bail.

But following on from his arrest, his parents quizzed him about the allegations, in which he finally confessed to them that he was, in fact, a pedophile.

Investigators found over 20,000 indecent images and videos of the children he had abused, as well as a scorecard on his computer in which he awarded himself points for various kinds of acts of depravity against these innocent children. He also produced a sixty-page online pedophile manual which advised others on how to abuse children and escape detection.

He pleaded guilty to seventy-one charges of sexual offenses against twenty-three identified children aged between 6 months and thirteen years from an impoverished Christian community in Kuala Lumpur. He was handed twenty-two concurrent life sentences.

Huckle was sent to a prison in the north of England.

Full Sutton Prison in East Yorkshire became the place where Huckle would spend the rest of his life behind bars.

Pedophiles get the worst treatment in jail.

Someone like Richard Huckle wasn't going to fair too well inside a high-security prison, was he?

Huckle has now been fatally wounded.

He was found stabbed to death by prison guards in his cell on Sunday.

It is understood that he was attacked on Sunday in his cell with what was described as a "makeshift knife."

Police were called shortly after 12:30 pm and have launched an investigation into his death, which they are treating as suspicious.

The police have remained tight-lipped about the incident.

“Humberside Police are working closely with the Prison Service to investigate the death of an inmate and at this time we are treating the death as suspicious," police said in a statement. “It would be inappropriate to comment further while a police investigation is ongoing."

Justice has been served once and for all.

And it is comforting to know that no more innocent children can be exploited by this disgusting excuse of a man.