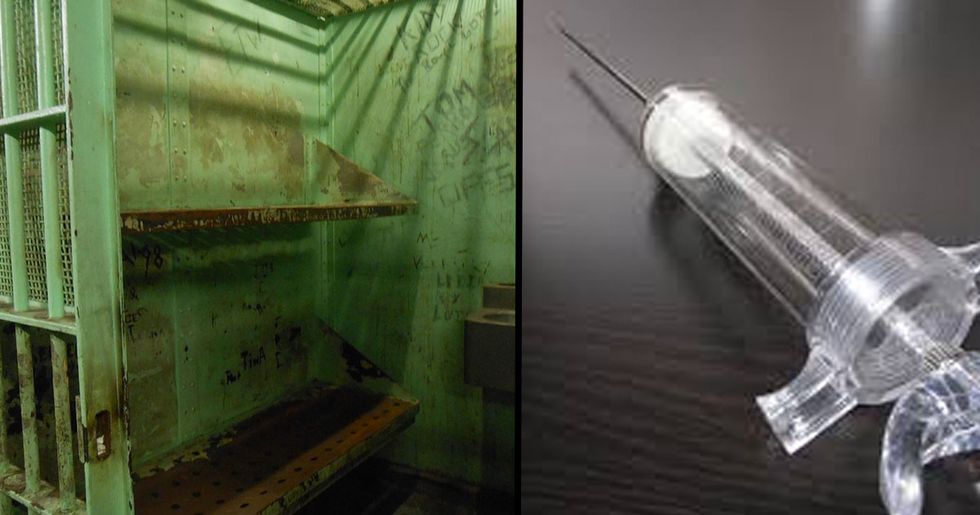 Pedophiles to Be Chemically Castrated Under New Law in the Ukraine

Punishments that are handed out to people who commit violent crimes are often pretty serious. The crimes that often rack up the harshest punishments - and rightly so - are murders, cases of sexual assault, and anything that causes harm to children.

Ukraine is the most recent country to enforce a law that ensures that pedophiles are chemically castrated upon their release from prison. Keep scrolling to learn about the new law, and the future that it holds, not only for the Ukraine, but for the rest of the world, too...

Debate has always surrounded the matter of punishing pedophilia...

Whenever a crime is committed against a child, the punishment for the individual who carried it out must be a harsh one, but not everyone agrees.

Most people believe that pedophiles deserve to be punished harshly.

Especially in the States, it has been argued that prison time simply isn't a big enough punishment for the sick individuals who inflict harm onto innocent children.

The idea of castration was introduced...

It made headline news in June this year when Alabama passed a bill to chemically castrate pedophiles who have been convicted for abusing children younger than thirteen as a condition of their release from prison. If the individual refuses the treatment, they simply remain in jail.

What does chemical castration entail?

A surgical procedure is not necessary to chemically castrate someone. It simply involves a cocktail of anaphrodisiac drugs which reduces libido and sexual urges in the individual. This treatment has been known to be used on cancer patients in the past, but it has proved successful in terms of castration.

The method has caused debate...

There was debate as to whether or not the bill should have been passed, for ethical reasons. The passing of the law makes Alabama the 7th state in the U.S. to use castration as a punishment for pedophilia.

The United States isn't the only country to use this method of punishment...

Countries such as Poland, South Korea, Russia, parts of Australia, parts of Indonesia, and, more recently, Kazakhstan, also use chemical castration to prevent convicted pedophiles from committing their crimes again.

Ukraine is the most recent addition...

News agency, Ukrinform, reported that, on the 11th of July, a parliament meeting saw 247 MPs vote in favor of using chemical castration on convicted pedophiles in the country.

A step in the right direction...

Under this new system, Ukinform explained that pedophiles will undergo "coercive chemical castration," which "involves the forced injection of anti-androgen drugs consisting of chemicals that should reduce libido and sexual activity."

The hope is to help to improve the combating of sexual abuse against children.

Child sexual abuse is a growing issue in Ukraine. In 2017, official figures revealed that there were 320 child rape cases in Ukraine that year. The numbers of pedophile sex abuse cases are believed to run in the thousands.

The punishment will apply to all child rape charges.

This will include the sexual abuse of children above and below the age of puberty, and also in cases of "unnatural rape."

The legislation will hopefully apply to thousands of men aged between eighteen and sixty-five...

Speaking to Ukinfrom, National police chief, Vyacheslav Abroskin, said: "Five children were raped in four regions of Ukraine... within just 24 hours." "And these are the crimes that parents reported to police despite their fear and anxiety to do so."

Child sexual abuse appears to be an ongoing situation in Ukraine at the moment...

"We can only guess how many latent sexual crimes against children we have in the country," Abroskin went on to say.

The heartbreaking case of Daria Lukyanenko...

Eleven-year-old, Daria, was killed recently after trying to fight back against a rape attempt by a family friend, Nikolay Tarasov, who was twenty-two-years-old. Her body was found in a village cesspool 6 days later.

Tarasov was soon arrested and detained...

His mother, Maria, publicly disowned her son after learning of his crime. Despite the compelling evidence, he pleaded not guilty to both the rape and murder of Daria. However, he has recently been found guilty of his crimes.

"Ukrainian law does not have a life term or the death penalty for sex crimes against children," he said in a statement about the castration movement. "And it is very unlikely that the rapist would not be back to his 'business' again after release from jail."

A move to protect the children of Ukraine...

"This was why castration was needed," he added.

Kazakhstan is another ex-Soviet state that allows the chemical castration of sex offenders...

A report from Kazakhstan said that child rapes cases doubled to around 1,000 a year between 2010 and 2014, which is a horrifying statistic.

The drug in question?

It has been reported that Kazakhstan has purchased stocks of Cyproterone, a steroidal anti-androgen developed for fighting cancer, with doctors administering the drug to the pedophiles in question. "It causes the lowering of libido," said urologist Dr. Mirzakhmet Zhanadilov.

Ukraine has not specified the drug to be used on their convicts...

The medication is different for each person. "That is, a medication that is enough for one person to prevent repeated (sexual) offending, others can be resistant to," Zhanadilov went on to say. "For them, not only do we administer the drug but control testosterone too."

A successful move by Ukraine...

Generally, the idea of using chemical castration on pedophiles is strongly praised, and it is believed to be the best measure to help individuals with their urges and will ultimately prevent them from committing their horrific crimes. And, most importantly, it will protect children around the world from being inflicted with these life-changing, horrible experiences.
20%