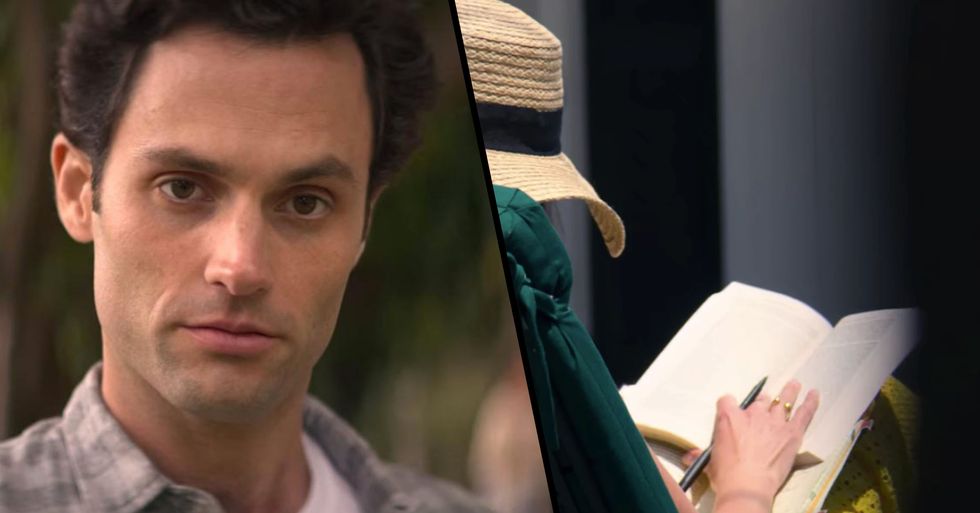 After an agonizing countdown, You season 2 dropped on Netflix in what was probably the best belated Christmas gift we could have asked for - leaving many fans in a full-blown Joe Goldberg induced frenzy.

But the final twist in season 2 has left some viewers with a pretty terrifying theory. We seriously thought we were on to something.

Until now. Penn Badgely has exclusively revealed that (as always seems to be the case with You) things are not what we expected.

But for those who've watched it, the second series has left more questions than it answered.

People had some strong feelings about the twist.

But on top of that, there was one big question. Who, exactly, was that mystery woman?

Rather than a brand new "love" interest, some are speculating the character is actually Joe's mom.

And, let's face it, it'll make for a truly incredible season 3.

Can't wait for season 3. It would be such a plot twist would be if his neighbor was his mom or Beck suddenly survived. @YouNetflix
— Jacara (@Jacara)1577555068.0

Some fans are holding out for a Beck and Joe reunion. It seems kind of unlikely - but hey, we only have to wait a year to find out. Sigh.

In fact, theories abound in terms of who this lady is.

And Penn Badgely has spoken out about this mysterious (and, let's face it, likely doomed) neighbor.

Could it be Beck?

Some just can't accept that season one's victim (sorry, "love interest) Beck has died. And hey, she did love to read, right?

In season one, Beck talked about having a sister called Anya - could she be back to seek revenge?

And that's not Beck's only relative.

She also has a stepmother and sister, as seen in the infamous Dickens festival episode.

Well, there was that nanny of Love's and Forty's who was supposedly murdered. But hey, we thought Candace was dead for all of season 1, too.

Well, he was married during his ill-fated Beck affair - meaning he might have a vengeful ex-missus out for Joe.

So, what does Penn Badgely think?

Well, he revealed exclusively to Bustle that, "She's definitely not his mom. I can say that." Honestly, this leaves us with more questions than answers! But for more exciting Penn Badgely content, scroll on for all the details on the brand new Gossip Girl.