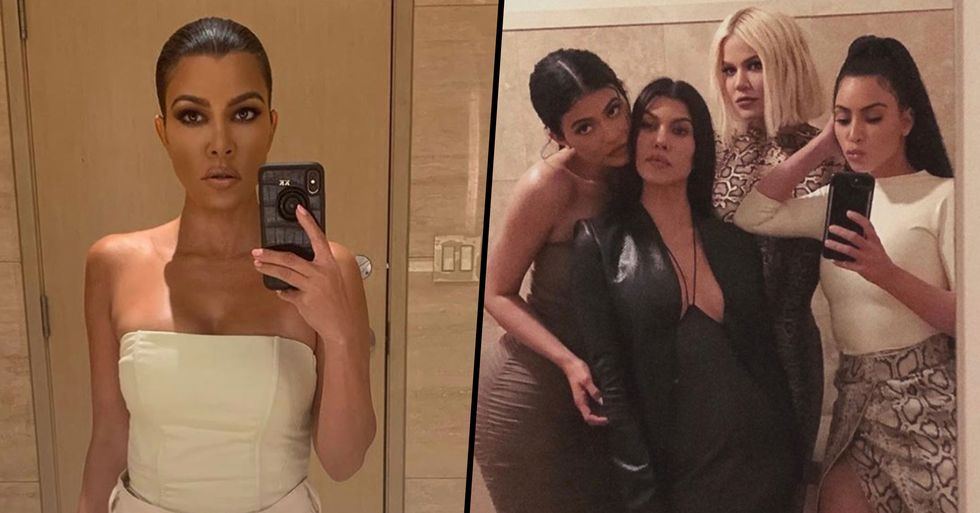 It turns out that in the wake of the Keeping Up With The Kardashians announcement, fans are furious with Kourtney Kardashian... but why, exactly?

Well, keep on reading to find out...

The heartbreaking news reached us this week that Keeping Up With The Kardashians is coming to an end.

Understandably, fans across the globe were left devastated by the announcement... but many have been channeling their frustrations on eldest sister, Kourtney Kardashian.

Now, the Kardashians are undoubtedly a media force.

The Kardashians are never far away from controversy.

There are just some things that they can't seem to get right.

The Kardashian clan can't seem to avoid controversy at every turn, and skeptics might even suspect they actually court it.

The sisters have been called out time and time again over the years.

This particular photoshoot from Kim certainly caused a stir.

Kylie in particular is known for having absolutely no transparency...

And her dishonesty about the numerous surgical procedures she has undergone to achieve her unrealistic body shape isn't at all a good example for the millions of young girls who follow her every move.

They've been in our lives (or should we say screens) for quite some time now...

So the announcement that KUWTK was coming to an end came as a huge shock.

Kim was the one to make the announcement.

Posting a retro KUWTK poster, she started by writing: "To our amazing fans - It is with heavy hearts that we’ve made the difficult decision as a family to say goodbye to Keeping Up with the Kardashians. After what will be fourteen years, twenty seasons, hundreds of episodes, and numerous spin-off shows, we are beyond grateful to all of you who’ve watched us for all of these years – through the good times, the bad times, the happiness, the tears, and the many relationships and children."

"We’ll forever cherish the wonderful memories and countless people we’ve met along the way. Thank you to the thousands of individuals and businesses that have been a part of this experience and, most importantly, a very special thank you to Ryan Seacrest for believing in us, E! for being our partner, and our production team at Bunim/Murray, who’ve spent countless hours documenting our lives. Our last season will air early next year in 2021."

It's the end of an era, and fans are absolutely distraught, to say the least!

But amongst the emotional tributes being made...

Just found out that keeping up with the kardashians is ending after 14 years of nothing but quality content. The en… https://t.co/4Qqjdl4qSU
— Troy Meaz (@Troy Meaz)1599601613.0

Fans seem to be fixating their anger onto one person in particular - and that's the eldest sister, Kourtney Kardashian.

Despite Kim claiming that the decision to pull the plug was made by the full family...

Many seem to be thinking that Kourtney is actually the one to blame for the end of the iconic show.

When the North West parody Instagram, Norisblackbook, posted their own statement on the matter...

And they ended the message with "With love, gratitude, and the feeling that this is all Auntie Kourt's fault," fans went OFF.

And we must admit, it is pretty funny! Keep on scrolling for some of the best Kardashian moments over the decade...