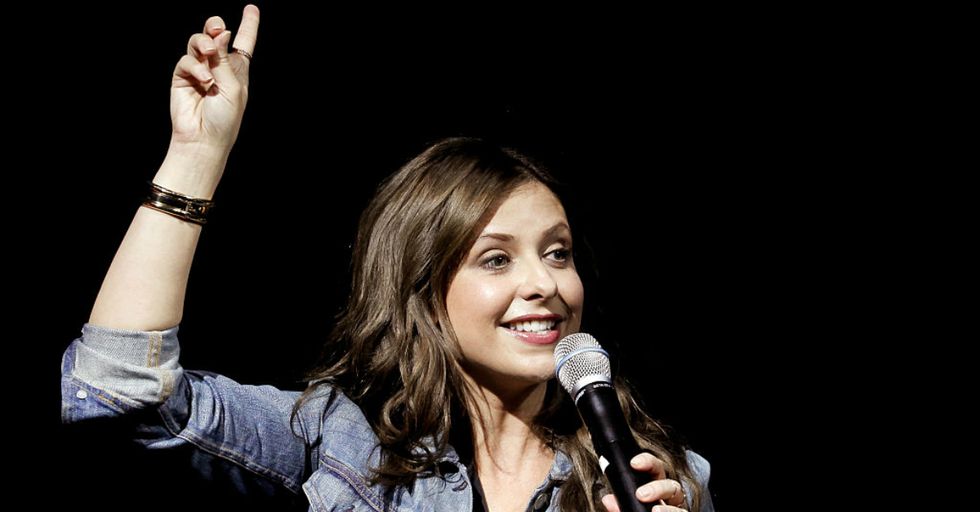 You know how sometimes you wish certain people could be your parents because they're just the absolute coolest? Like, even though you're way too old to be adopted, you still wish they could welcome you into their family with open arms?

Well for us, that's actress and entrepreneur Sarah Michelle Gellar. As if we already weren't obsessed with her for bringing one of the most iconic female characters on TV to life, we're now completely in love because she recently tore down gender norms as a badass mom. Seriously, Freddie and Sarah - adopt us!

In case you live under a rock, this is Sarah Michelle Gellar and Freddie Prinze Jr.

They've been married for nearly 16 years, which is roughly about 100 in Hollywood. They're parents to Charlotte and Rocky, and we can't stress how much we love this family.

Gellar, besides being an actress and businesswoman, is a proud mom.

She often posts about her kids on her Instagram. And as you can see, she's awesome. She took Charlotte to a Katy Perry concert, which is pretty much every little girl's dream.

And she lets Rocky dance around with a giant Christmas box on his head.

These kids have it made! How many times can we ask Gellar to adopt us? There's a limit on that, right?

Gellar recently leveled up in "cool mom status" when she took Rocky to the nail salon with her where they got matching manicures.

It's impossible to not melt at the cuteness and sweetness. Gellar documented the entire thing on her Instagram story, and the world collectively died over how adorable it all was. Well, most of the world.

While there was immediate "Awwww's!" happening, there were also quite a few folks who were not pleased with the outing.

The pics surfaced on Facebook, and the internet trolls were unleashed! One man, Dave Corbin, commented, "5 years old.....you're brainwashing this kids with your sick ideologies." What did the other trolls say?

Some of the comments were insanely intense.

"This kind of thing should be outlawed as child abuse! It can cause a child to doubt their true gender," wrote Lee Erwin Brockmann.
Can someone please kick Brockmann and Corbin off of the internet forever?

Luckily, the haters were completely obscured by all of the people who supported Gellar and threw her their praise.

It's sick that people will throw such harsh accusations at someone for doing something that they aren't comfortable with. Especially when that nail color is fabulous.

Gellar is an incredible mother, and in bringing Rocky to the nail salon to get his manicure, is totally knocking down gender norms.

And not to mention combatting the idea of toxic masculinity. Gellar is no longer just slaying vampires - she's slaying parenthood y'all.

The support for Gellar and Rocky is absolutely adorable and a true gem on the internet right now.

While it may be depressing to read the comments from the trolls, it's way more wonderful to focus on all the support that's coming forward. While the internet surely can be a wormhole of bad news, there's so many delightful and wonderful things that come from it. Like strangers being moved to tears by a 5-year-old boy getting his nails done.

And a word to Gellar's haters out there:

Don't mess with Buffy. She's a queen on and off the screen. But seriously... can she adopt us?