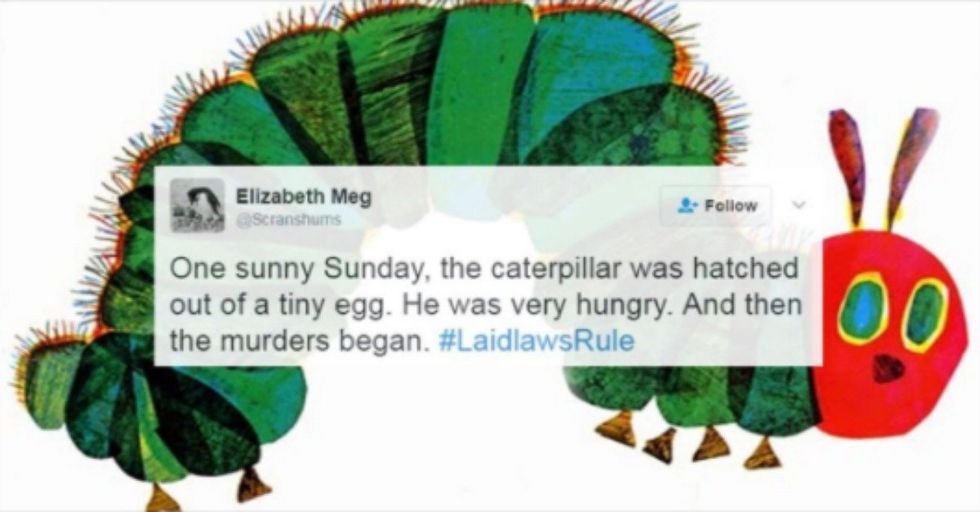 People Are Adding 'And Then the Murders Began' To Famous Book Openings, and It's HILARIOUS

The first line of a book is of utmost importance. It's responsible for grabbing you and for instantly transporting you to another world.

With the second sentence, however, you must heighten the intrigue. Make it impossible for the reader to put down your book. One man just discovered the ultimate second sentence and changed the face of literature forever with one incredible tweet.

Mark Laidlaw is a literary genius.

His astute observation was a catalyst for the entire Internet to get crazy.

People began tweeting famous first lines of books followed by "And then the murders began," with the hashtag #LaidlawsRule.

The law had been laid by Laidlaw. And the results were hilarious.

The Hundred Acre Wood is a dangerous, dangerous place.

This one is too perfect!

Harold was never the same after that night.

Well this book took a turn.

Wow, so many things went wrong that day.