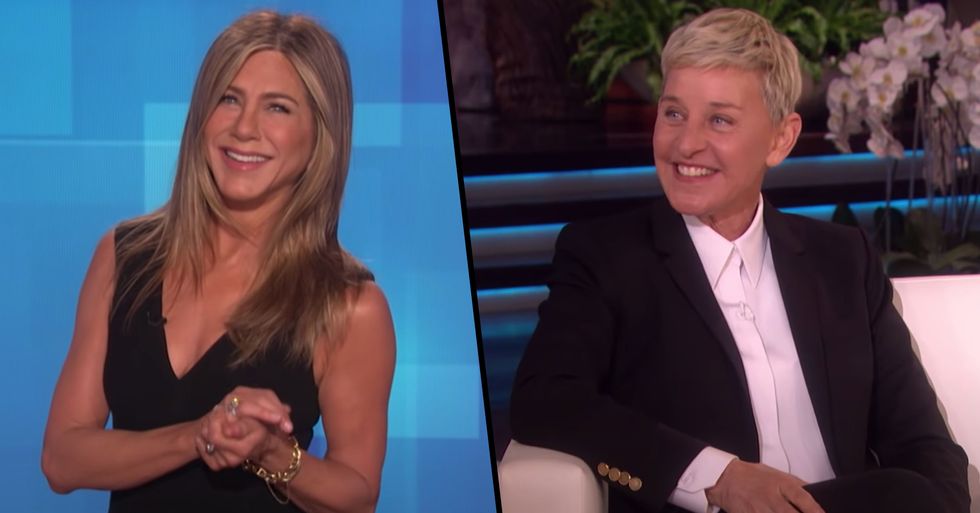 The one where Jennifer Aniston replaces Ellen...

When the Ellen controversy hit headlines, talks broke out over who could replace the famous host if she were to step down, and fans have been pretty vocal about who they think should take over.

The Ellen scandal has been hot news over the last several months, and reports have said that she could finally call it quits on hosting her show.

Not only could she be stepping down from her infamous talk show, but insiders are reportedly already in talks for who will be replacing her.

And there's one star at the top of everyone's list...

The one and only Jennifer Aniston... I for one am down for that.

Twitter users have made it pretty clear what they want.

And their savage tweets just might make it happen...

Not only that, but it now seems that she has some competition over who's going to take her place.

James Corden, the host of The Late Late Show on CBS was allegedly a shoo-in for the role, but fans have other ideas...

Insiders spoke out claiming that Corden has been seen as the long-term successor to Ellen, but Twitter users everywhere have found their perfect replacement...

That's right, Jennifer Aniston! Fans all over the internet got whipped into a frenzy over the idea that she could be the next host.

And of course, she has already given fans a glimpse of what might be to come...

We all remember when she stepped in as a guest host on "The Ellen DeGeneres Show" on January 24th.

Could this be a hint of what's to come?

Who knows if Ellen will even step down in the first place.

One thing is for sure, she definitely has some competition for her job. For more on Jennifer Aniston, keep scrolling to find out about her latest heartbreaking announcement...