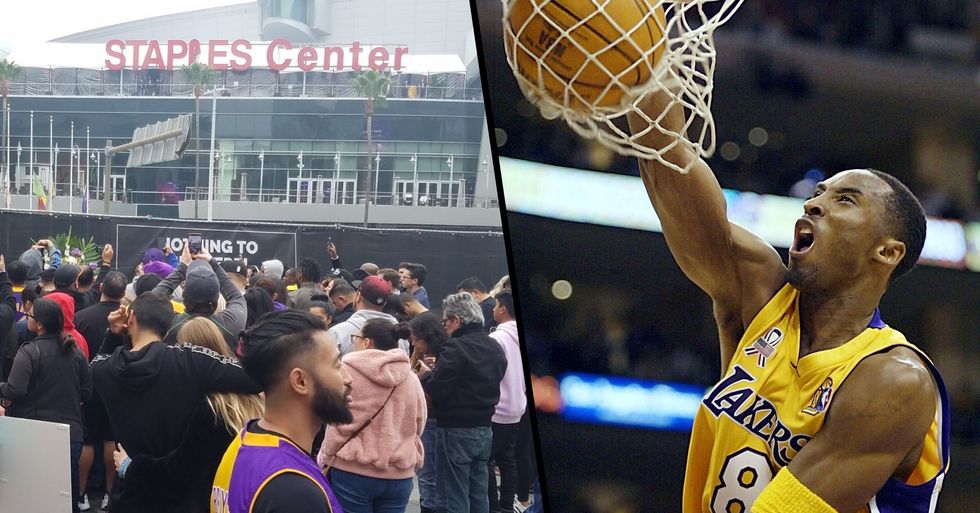 Scroll to the end to find out why some people are outraged at the idea the Staples Centre should be re-named after Kobe Bryant.

People are calling for the Staples Centre to be renamed.

People all over Twitter have been pushing for the Staples Centre to be renamed after Kobe Bryant.

He tweeted yesterday: "At whatever cost, the Staples Center should be renamed after Kobe Bryant." The post has had over 2000 retweets and 16000 likes since last night.

However, some people are against the Staples Center being renamed.

Some people on Twitter have expressed their outrage at the center being renamed after Bryant due to his past sexual assault cases.

Bryant was charged with one count of felony sexual assault on July 18.

Bryant held a news conference at Staples Center, stood with his wife Vanessa, where he admitted committing adultery but said “I’m innocent" of assault.

He was perceived in the public eye to be a loving father and husband.

This is how Bryant wanted to be remembered.

He told a Times columnist: “At the end of the day when it’s my last year, people can look back and say, ‘You know what? He had a hell of a career, he was a hell of a person.’" In response to whether he was concerned about his image.