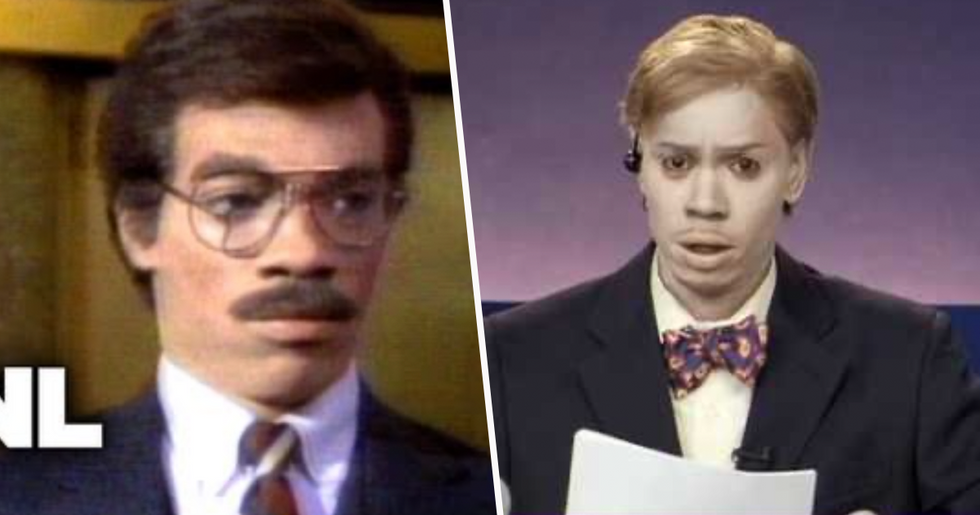 Jimmy Fallon recently found himself in the firing line once again, after a very disturbing video of Fallon in blackface re-surfaced online.

Following the backlash, people are now calling out Eddie Murphy for "white face."

Keep scrolling to see the full video, Fallon's response, and of course, the pictures in question, of Murphy.

Others seem to be annoyed that he was taking a while to address the situation.

And now Fallon has spoken out about the incident.

"There is no excuse for this."

Some people on Twitter decided to bring up a past skit of Murphy's, in which he appears to have used makeup to lighten his skin.

Many people are saying that they "don't find the skit offensive" so, by the same token, people shouldn't be offended by Fallon's blackface.

This accusation didn't go down well, however.

What people don't seem to understand is that blackface is rooted in racism.

"Wh*te people were never systematically left out of film and arts because of their skin color. Black characters were played by white actors in blackface. Need more explaining?" For more like this, keep scrolling to see how blackface tainted Justin Trudeau's legacy...