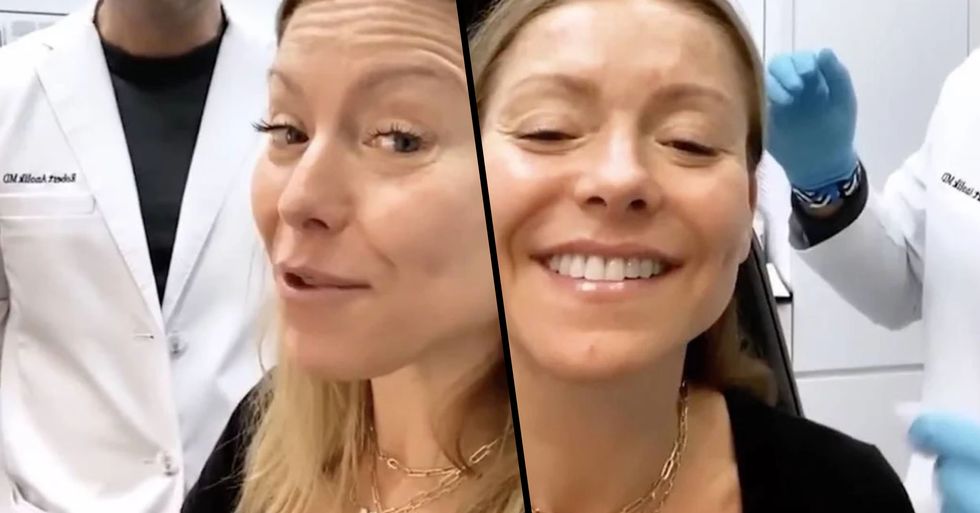 People Are Calling out Kelly Ripa for Joking About Coronavirus

As the coronavirus continues to cause destruction on a mass scale, more and more people are trying to raise awareness about the issue and how to protect yourself. While the majority are giving us helpful information, some have opted to, well, crack jokes about the whole thing.

And that seems to have been the case with Kelly Ripa this week, who has landed herself in hot water for joking about the virus in an Instagram video.

Keep scrolling to see the clip for yourself...

So far, over 3000 people have been confirmed to have been infected with the virus, and sixty-nine have reportedly died.

While some people are using their platform to give us helpful advice...

Others have opted to take a different approach.

And it seems that has been the case with Kelly Ripa.

The daytime talk show host has left fans outraged after a video surfaced of her seemingly joking about the coronavirus epidemic during an Instagram video. Keep scrolling to watch...

The star uploaded a video of her visiting her dermatologist to get botox.

"Hi everyone. We're going to talk about a serious medical problem," Kelly's dermatologist, Dr. Robert Anolik, says in the clip.

"Yes, there's a very serious medical problem going around right now. What is it?" Kelly replies.

Here's where it starts to get problematic...

She then jokes: "In this time we can notice that there's been a lot of worrying, you can see it is written all over my face."

"..but Dr. Anolik decided to be brave today and come into work to treat my acute Botox deficiency syndrome," she says before receiving the botox.

She then shows off the results of the injections.

"What do you think? Did I survive?"

"Is there any Botox left for anyone else, doctor?" she adds.

As you'd imagine, the video didn't go down well with viewers.

And many called her out for being "out of touch with reality."

"How is this remotely funny?"  commented one outraged user. "How self-absorbed!" wrote another.

There was no holding back.

Leave it to Hollywood to joke about the #coronavirus. @KellyRipa makes light of the virus, which has killed thousan… https://t.co/zXBIFJbPvL
— HMM (@HMM)1584105550.0

"This is rude, totally insensitive, inappropriate, even insulting! I am truly disgusted by this behavior. Making fun of a worldwide pandemic, while people are dying is immeasurably narcissistic, egocentric, selfish, simply dumb."

Watch the controversial clip below:

Kelly is yet to address the backlash.