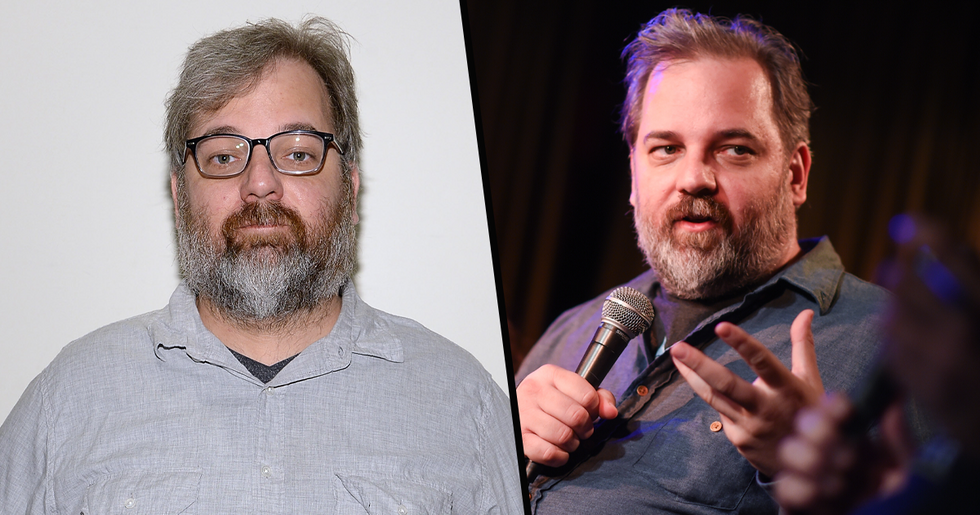 Dan Harmon, one of the writers of the beloved sci-fi cartoon, Rick and Morty, has a lot of explaining to do after a "sickening" video of him resurfaced...

Rick and Morty is a phenomenon in it's own right.

Written by Dan Harmon and Justin Roiland, the adult cartoon has skyrocketed to small-screen stardom...

But, recently, people have found the whole show as somewhat problematic after the antics of the writers have been slowly coming to light.

Dan Harmon, in particular, has a lot of explaining to do...

Footage of the writer has recently resurfaced online, and people are that horrified, they are calling for the show to be canceled for good.

Now, this is a huge development...

Because, before now, the show has always been a roaring success.

The cartoon follows the intergalactic antics of an eccentric (and alcoholic) mad scientist, Rick...

And his ever-so-anxious grandson, Morty.

No one knew when (or if) it would ever come out.

People were delighted when the fourth season hit our screens.

However, despite the show's overwhelmingly loyal fan base...

It hasn't been without its controversy.

Shortly after the 4th season aired, people slammed the show for making a 9/11 joke.

The writers were criticized for a scene that made a light-hearted reference to the 2001 terror attacks.

The joke appeared to make light of the devastating attacks.

During the episode, Rick and Morty fly around an alien city and decide against attacking 2 identical towers ahead of them.

"Sadly, it will always be too soon, as it should be."

And now, just as the dust is finally settling on that fiasco, another questionable clip has surfaced.

But this time, it is a video of one of the writers, Dan Harmon.

On Thursday, footage of Harmon from 2009 resurfaced that showed him reenacting the pilot episode of hit crime series, Dexter.

However, there is a part of the skit that has left people feeling not only uncomfortable...

But, quite simply, disgusted.

Some people even believe that Harmon should be sent to jail for the video.

Yeah, it's that bad.

In the sketch, which was debuted in 2009 at a comedy sketch festival called Channel 101, shows Damon simulating the rape of a baby doll.

He can be seen climbing into a room through an open window...

Where the doll is laid on a bed. He then proceeds to remove his pants, before simulating the sickening act.

It is nothing short of grotesque.

The video had actually resurfaced in 2018, where Damon hastily issued an apology. His statement read: "In 2009, I made a ‘pilot’ which strove to parody the series Dexter and only succeeded in offending. I quickly realized the content was way too distasteful and took the video down immediately. Nobody should ever have to see what you saw and for that, I sincerely apologize."

However, two years on, his apology hasn't succeeded in stopping from the video from resurfacing again...

And people are just as horrified as they were before, with some even calling for Rick and Morty to be canceled for good.

Which you can watch here - Though be warned, it is highly disturbing.

Could this be the end of Rick and Morty?

For more on the infamous cartoon, keep scrolling...