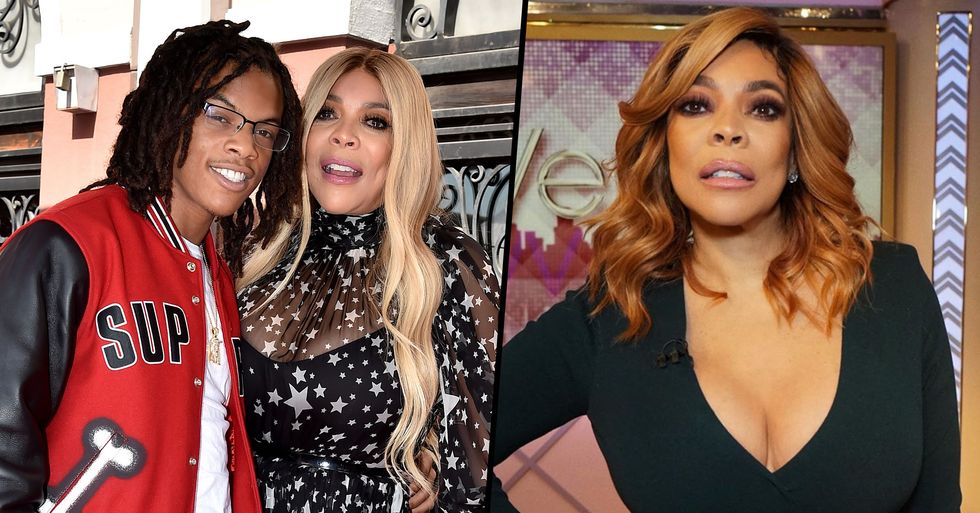 Wendy Williams is yet again in hot water this week following her "creepy" birthday tribute to her son, Kevin Hunter Jr.

People are seriously creeped out...

Wendy Williams has caused quite a stir (again) this week...

This time, it was her birthday message to her son that raised eyebrows.

The star has left fans suitably creeped out.

It's safe to say that comments came flooding in.

The star has landed herself in hot water with fans this week.

This time, the backlash is down to a birthday tribute she posted for her son, Kevin Hunter Jr.

Kevin turned twenty on Tuesday, and to mark the occasion, Wendy took to social media to share a post about her son.

But it didn't exactly go down too well with fans.

In fact, many branded the tribute as all-out creepy. Yikes.

Followers didn't hold back in the comments...

Reactions well and truly flooded in.

"Today is my biggest day! Son Kevin & I are celebrating his 20th birthday❤He's in Miami & I'm in NYC, but love never stops. If you look closely you'll see remains of 1st hair cut, my cerclage is on sneaker, like a mom... I DO have all his teeth😂I'm not a fan of cake, but today OK...for my son❤ What are you doing?"

What do you think? For more on Wendy's controversial antics, scroll on...