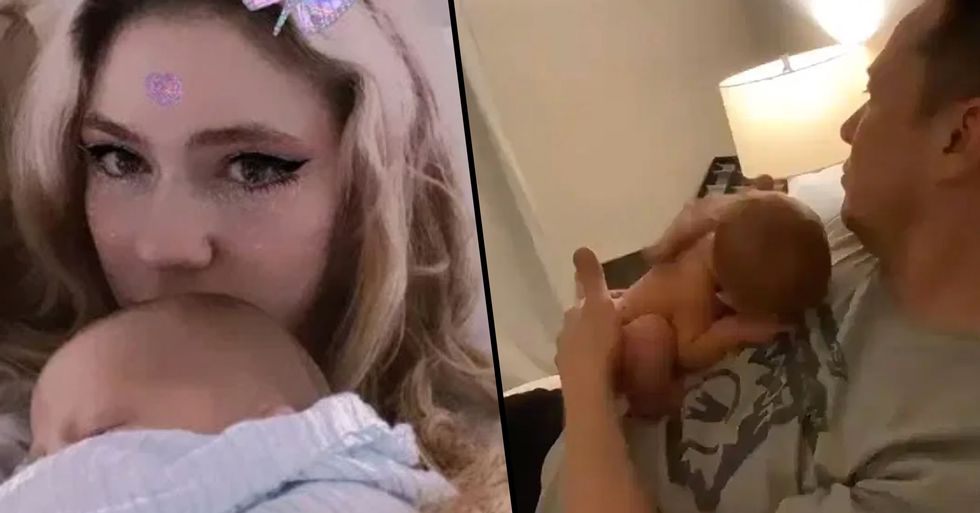 Elon Musk and Grimes whipped up a social media firestorm when they announced the rather unconventional name for their first baby together - X Æ A-12.

But now they've announced that they've changed their baby's name, and fans are still confused as hell...

Monday, May 4th, Elon Musk and Grimes welcomed their first baby into the world.

And after they changed their baby's very unconventional name, fans have still been left confused over this even more unusual name.

We should completely respect that fact, but this is not their only controversial decision...

This is Grimes' first baby.

But Musk already has 5 children, a set of twins and triplets with his ex-wife Justine Wilson. Now that's a lot of children.

But, regardless, fans couldn't wait to see this baby...

And this Twitter user was completely right, because Musk's photo shortly after the birth completely broke the internet...

On May 4th, Grimes and Musk welcomed their baby into the world, with Musk sharing this adorable photo on Twitter in response to eager fans.

Many thought there was more than meets the eye when it comes to the name...

Why? Because fans were convinced the name is code adding up the baby's actual name.

But it seems the couple has hit a major (legal) hurdle.

This means the pair can't actually name their baby "X Æ A-12."

Forcing them to change their son's name.

She revealed the long-awaited name in her Instagram comments.

Baby X Æ A-Xii. Yep, not really much of a difference (aka it's still, well, bizarre) - the couple simply substituted in the Roman numerals signifying "12."

Fans have been left feeling just as baffled as they did before...

And the big question is ... how on earth do you pronounce this?!

But people are starting to grow tired of the media frenzy surrounding this baby, claiming that all Grimes and Musk want is attention.

Many are no longer impressed...

@Complex I'm sure glad that a pair of people who treat their child's name as a nothing more than a joke are allowing to have such influence.
— The Sauce Locator (@The Sauce Locator)1590419061.0

What happened to regular baby names?!

We're sure that Grimes will give us an explanation very soon...

So make sure to stay posted for further updates.