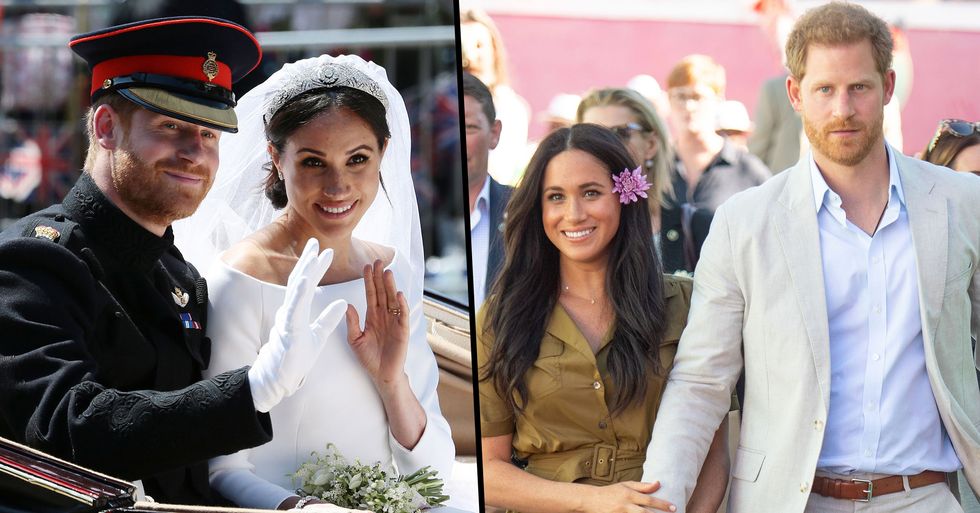 Meghan Markle's new tell-all book, Finding Freedom, is said to be hitting the shelves in a matter of weeks, revealing an insider's point of view of what the palace is really like. She's definitely got a few secrets up her sleeve, and apparently, the ones we already have already heard about is leaving a sour taste in the royal family's mouths.

But that doesn't mean Meghan and Harry aren't bearing the brunt of public backlash and the results of a recent poll might have absolutely shattered their chances of ever getting back in the family again.

Keep scrolling for all the devastating statistics...

Even though Meghan Markle and Prince Harry are trying to push back...

It only seems to be making things worse.

But why has Meghan Markle always been a target?

After falling victim to disgusting tabloids trying to tarnish her name, it seems as though Meghan will be pushing back with a tell-all book that is set to come out in just a few weeks.

There has been no evidence of the two crossing paths, but it seems as though Campbell still loves to discuss their business, so much so that she released an entire book on it. Sounds a little obsessive. And by "a little", I mean a lot.

But all these pathetic attempts to tarnish Meghan's credibility come out of fear.

Myers also added that the secrets revealed in the new book will only deepen the rift.

But it already seems to have made significant rifts with the general public, as the results of a recent poll have shown.

Members of the British public voted on a poll and the results were shocking.

4/10 Brits think the pair should be permanently outcasted - with more than half branding their biography Finding Freedom as “inappropriate". It hasn't even come out yet and people are already done with it.

But it gets worse...

When 2000 people were given a survey relating to the topic, approximately 57% degraded the couple for "airing their dirty laundry" and other private affairs out in public... Well, that was hardly their fault, was it? They begged the media to leave them alone.

And just to add insult to injury, 40% of the public think they "made their bed."

And so, they should accept the consequences of their actions. But overall, the love for the royal family has decreased this year after Prince Andrew, was exposed to having links with Jeffrey Epstein and the child sex trafficking scandal.

But many people feel that Meghan and Harry's departure made their feelings towards the royals worse.

That's a weird correlation... Prince Andrew is an alleged criminal and sex offender, while Meghan and Harry just wanted a more stable life for their son. Yikes. Some of you guys are twisted.

Regardless of the backlash, Finding Freedom will be hitting the shelves on August 11th.

So keep your eyes peeled. In the meantime, keep scrolling to see the adorable video of baby Archie on his first birthday...
20%