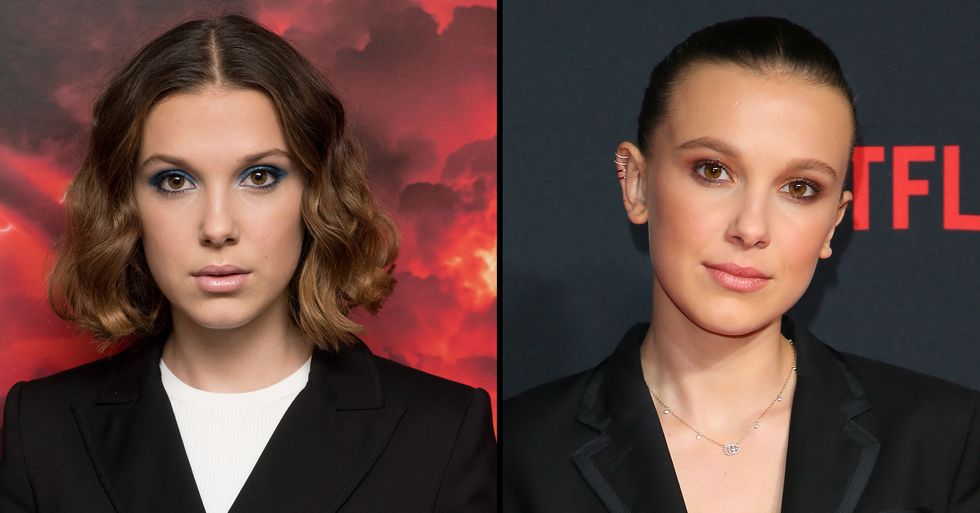 It was announced this week that Millie Bobby Brown will be taking on a role in an upcoming Netflix movie, but many fans are far from happy with the news, for some very specific reasons...

Millie Bobby Brown had some big news to share this week...

But it seems that the announcement has ruffled quite a few feathers, to say the least.

And now, she landed herself at the center of controversy once again...

The star revealed some exciting news this week, but it seems not everyone is happy.

Millie is set to star in and produce an upcoming Netflix thriller, The Girls I’ve Been.

Based on an upcoming novel, the flick will see the young star take on the role of a con artist named Nora.

A hostage situation ensues at a bank...

During the terrifying situation, Nora must use her powers of persuasion and impersonation to get herself, her girlfriend, and her ex-boyfriend free.

Millie is also currently developing A Time Lost at Netflix.

The project is believed to be based on her own original story that she co-wrote along with her sister, Paige Brown.

But since the news of her upcoming flick reached Twitter...

Not everyone was so congratulatory.

Reactions have been pouring in...

Some thought the star was too young to be producing something for the streaming giant.

Others raised a different point.

@NetflixFilm Y'all are worried about her character being bisexual...when we should be worried about the fact that S… https://t.co/g1hBxKp5ze
— Melissa (@Melissa)1595977983.0

Is she too young to be playing the role in the first place?

Some fans have grown concerned that the role will sexualize her.

It's really not sitting right with some people.

Some raised this point, however.

Not everyone thinks it's right that a straight person should be playing a queer character.

@NetflixFilm She is not bisexual. Give roles to the people that fit the character. There are plenty of bisexual act… https://t.co/wYlW6uiIiK
— Emily B (@Emily B)1596172916.0

"Give roles to the people that fit the character."

There's currently no trailer for the upcoming flick.

With no word on when it will hit the streaming platform.

If you're struggling to find something on Netflix to watch, scroll on...