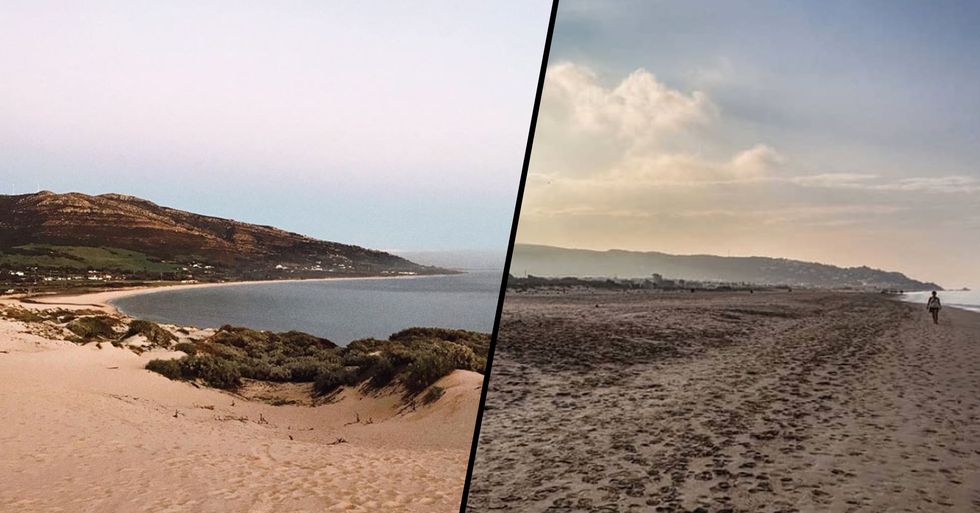 People Are Furious as Spanish Beach Is Sprayed With Bleach

Just days after President Trump made the suggestion to "inject disinfectant," a Spanish official has come under fire for spraying a beach with bleach.

The impact it's had is utterly heartbreaking.

Keep scrolling for the shocking photos and reactions from those furious about the move...

During a recent press conference, the President made some pretty dangerous claims about the deadly virus currently sweeping the globe.

The President discussed potential cures for the virus...

And went on to bring up the topic of disinfectants.

The problem is that people aren't listening to the professionals...

Instead, they're taking the President's words as fact, which has resulted in the biggest increase in poisonings from people mixing cleaning products and accidentally inhaling the fumes.

Calls to poison control centers about bleach and lysol ingestion are way up. Here's the science of why ingesting th… https://t.co/epJNl8IFdH
— nxthompson (@nxthompson)1588083841.0

This year, since March 1 the center has had 115 calls.

This is putting further pressure on our healthcare workers who are already stretched thin.

The sudden increase in calls has urged the U.S. Health and Human Services to transfer nearly $5 million to poison centers nationwide to improve response capabilities. The Georgia Poison Center will receive $148,000.

The so-called use of bleach and disinfectant in combatting the virus has now been seen in Spain...

Spain became one of the hardest-hit countries in Europe, but now it has reached the stage of easing lockdown measures.

And this week, children were allowed out for the first time.

But, in preparation for this...

Officials in one area made an extremely controversial decision.

Authorities in a Spanish coastal resort used tractors to spray

Officials in Zahara de los Atunes, near Cadiz, sprayed more than 2km (1.2 miles) of beach with a bleach solution a day before children were allowed back out.

The aim was to disinfect the area to make it safe again.

And people are in utter disbelief.

On the beach, it's a whole other story.

Authorities in Spain have apologised after spraying a beach with bleach in an attempt to protect children from… https://t.co/B3riXaDzyq
— IanBroughall (@IanBroughall)1588165474.0

The powerful disinfectant has killed most of the eco-systems that were present on the beach.

The damage is horrific.

Especially since the beach and its dunes are protected breeding and nesting places for migratory birds.

Environmentalists have condemned the controversial decision.

María Dolores Iglesias, who runs an environmental volunteer group in the Cadiz region, has seen the damage at the beach for herself and says the bleach "killed everything on the ground, nothing is seen, not even insects." "Bleach is used as a very powerful disinfectant, it is logical that it be used to disinfect streets and asphalt, but here the damage has been brutal," she continued. "They have devastated the dune spaces and gone against all the rules. It has been an aberration what they have done, also taking into account that the virus lives in people not on the beach. It is crazy."

During lockdown, wildlife had been thriving on the beach.

"The beach has its own way of cleaning itself, it was not necessary," she explained. "They do not think that this is a living ecosystem, but a lot of land."

Now, local official Agustín Conejo has apologized for the move.

Hey Agustín Conejo, did you ask Trump to hold your beer before you bleached the beaches & obliterated all your ecos… https://t.co/G8CcxTt3fi
— Bernoid (@Bernoid)1588194169.0

"I admit that it was a mistake, it was done with the best intention," he said, going on to admit that it was the "wrong move." For more like this, keep scrolling for Hillary Clinton's "best burn in history" in response to Trump's disinfectant comments...