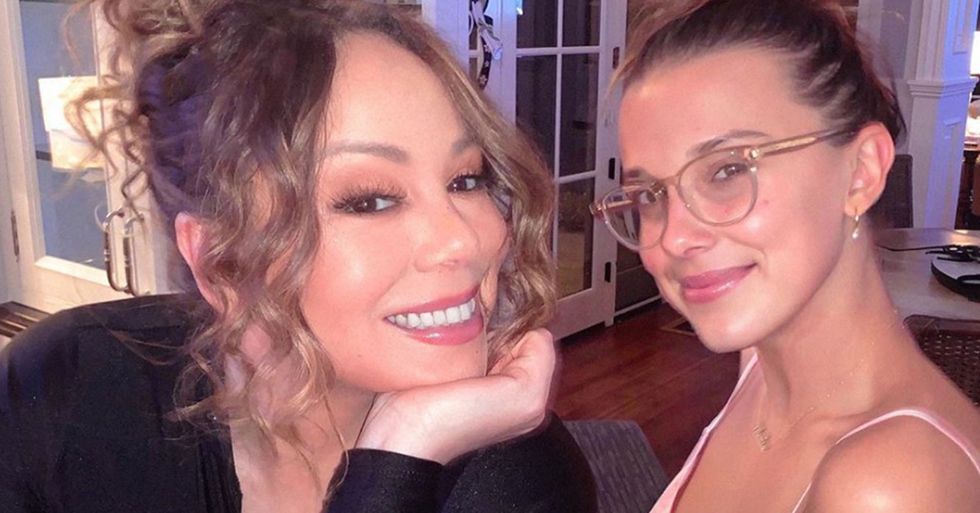 Millie Bobby Brown and Mariah Carey have been slammed by fans after they posted a picture together this week...

The pair have struck up a surprising friendship.

They're definitely a duo we didn't think we'd see hanging out together.

There's no denying its unconventional.

But we are living for the pair regardless!

Carey cemented their friendship by taking to Instagram this week.

But it seems not everyone was happy.

And thiShe, unlike all of us, opts to wear gowns and outfits that have been deemed "too adult-like." Though some people are stating that she is allowed to dress however she wants, others have piped up saying she is giving those her own age an unattainable standard.

And this week, the star has been subject of scrutiny yet again.

The teen and the one and only Mariah Carey hung out together during a "surprise visit."

And of course, took to social media to share a snap of themselves.

Many fans gushed over the pair.

But not everyone was so supportive.

The comments were flooded with fans slamming the stars.

Some put their point forward politely.

But others weren't so forgiving.

Many of the comments seemed to be targetted at Mariah specifically.

Urging the star to put on a mask.

For more on Millie Bobby Brown, scroll on to find out why she's being slammed for her latest Netflix role...