People Are Having Trouble Understanding This Dog Picture | 22 Words 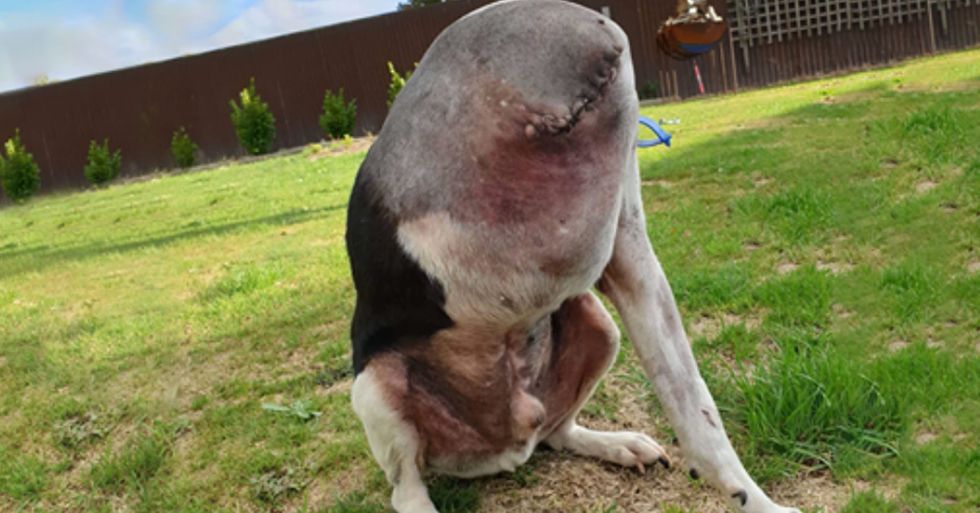 People Are Having Trouble Understanding This Dog Picture

A picture has been circulating on the internet of someone's pet dog and it has completely baffled people's minds.

Pets are the most wonderful thing...

But in many instances, they most certainly aren't the most photogenic.

Us pet owners love nothing more than taking endless pictures of our furry friends...

And sometimes, things don't exactly go to plan behind the camera lens.

Thanks to optical illusions...

Take this dog, for example...

Even though we aren't entirely sure exactly where their heads start!

Now, just look at the perfect timing of this one!

A young boy with a dog's head?

Or just a young boy taking a nap with his best friend?

Don't worry, it's not contagious!

This is something you won't be unseeing for a while...

This would be a great idea for some doggy fancy-dress!

This user's sister has become a female Centaur!

But in reality, her huge dog is just stood behind her.

Does that dog have any legs or...?

These golden retrievers appear to have merged into one...

Now, this is just way too adorable...

Nothing like giving a giant dog a big cuddle, right?

Now, that's something you don't see every day!

This one really puzzled us...

Is this a crow?

Here's a dog running into the ocean...

About to take flight...?

Look at this good boy giving his owner a ride!

But in reality, this is just an incredibly timed photo.

Can you find the sleeping cat?

This might take you a few minutes... or a few hours...

Just a good boy waiting for his bus...

Have you ever seen a more graceful dog...?

Who also does ballet?!

This dog has somehow changed its colors behind the tree!

There must be some catnip in there...

Now, this one has really confused us.

Can anyone figure it out?

A man and his feathered friend...

This picture was taken at the best moment possible.

This is one of our personal favorites...

Looks like this little pupper got himself stuck in a bubble!

But there is one optical illusion that has really been confusing the hell out of the internet recently...

And it is this bizarre little thing. People were leaving comments of horror, such as, "My first thought was, 'why is there a meat sack with legs and how is it alive'," and, "I didn’t even understand what’s going on with the dog."

It turns out that it is simply just a 3-legged dog cleaning itself.

Simple! Make sure to keep scrolling to check out the optical illusion on Twitter that has people mistaking a car door for a beach...