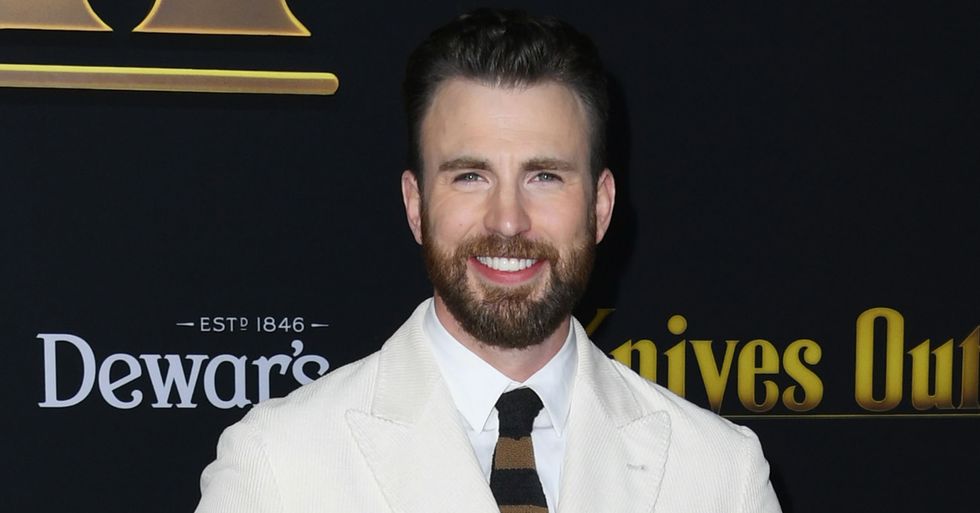 From bashing the President to accidentally sharing a naughty photo, Chris Evans has had a pretty big month.

But his latest social media move has everyone feeling a little confused...

The first of which, let's face it, is being an absolute heartthrob.

But now, there's one role that he's best known for...

And that's not the only reason why he's so well-loved...

Evans is the proud owner to his beloved pooch, Dodger...

And the pair seem to be completely inseparable.

During Comic-Con, Evans was in the middle of speaking when he spied a cutie in the audience – in costume, of course. So Evans did what any reasonable man would do – he leaped off stage to pet the little guy. He told his fans, "God, dogs, they’re such great animals. I really can’t say enough about dogs, I’m a dog lunatic."

The topic was brought up again in a recent interview...

ET's Keltie Knight sat down with the actor to discuss his new murder mystery film, Knives Out where he was talking about his bond with his own pup, Dodger.

And it turns out that this love is the reason behind Evans finally getting an Instagram account.

Honestly, could this man get any better?

But this week, Evans has gone viral for another reason.

And the internet has some thoughts ...

I’ve been teaching all day and I just wanted to say: CHRIS EVANS KNEW WHAT HE WAS DOING POSTING THAT VIDEO OF THE TATTOO REVEAL
— jen of ithilien ✨ (@jen of ithilien ✨)1602013107.0

The only thing I've learned this morning is that Chris Evans has jersey shore tattoos.
— Doug Dimmadome (@Doug Dimmadome)1601998024.0

currently: thinking about Chris Evans covered in tattoos (his insta story was a treat)
— Passion (@Passion)1602022491.0

Here's the vid that got the whole internet talking...