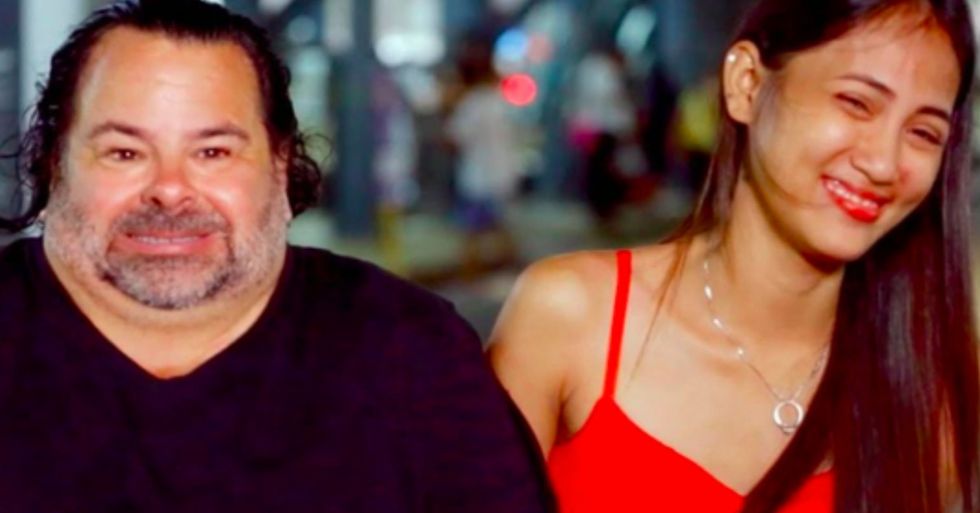 We will never look at Big Ed from 90 Day Fiancé in the same way ever again now that some amazing pictures have emerged of him looking like a model.

Keep scrolling to have a look at some incredible throwback pictures of Ed from the 80s...

We all love a good TV series binge...

Our choice of binge-able TV is now endless...

And one of the shows that falls under this category is 90 Day Fiancé.

90 Day Fiancé is a documentary/reality TV series that follows couples who have applied for or received a K-1 visa (available uniquely to foreign fiancés of U.S. citizens) and therefore have ninety days to marry each other

Yep, we are serious.

And it has just been renewed for its seventh season, meaning it has proven to be very popular.

The series currently has 6 spin-offs...

This spin-off follows couples that have met each other online, but have not yet started the K-1 visa process.

The series follows their journeys of meeting one another for the first time...

And it is always super exciting to see if they will actually hit it off in real life.

This spin-off is a huge hit with audiences...

And it's easy to say that Ed is one of the reasons why.

Ed, who is also known as Big Ed, has so far been one of the most outrageous characters on the series.

Watching Ed has been a completely cringe-filled "joy" of sorts.

Ed has a very strange relationship with his Phillipino "partner" Rose...

They met on Facebook and, even though they have a twenty-year age difference, the pair have been adamant about making things work.

Ed has repeatedly shocked viewers with his behavior on-screen...

He asked Rose to shave her legs, telling her to choose between shaving her legs or kissing him. He also forwardly asked Rose if she was clean of any STDs, which is not something you ask in the first few days.

Fans weren't impressed with his behavior...

And we must say, that is no way to treat someone you supposedly care about.

He also admitted to lying about his height online...

So yeah, Big Ed is one big whirlwind.

But now, pictures have emerged of fifty-four-year-old Ed way back in the day...

And it has left the internet completely shook.

And pictures from the 1980s have been discovered showcasing a very young and a very different Ed.

Surely this can't be the same man...?

But believe it or not, it is!

He is completely unrecognizable...

And it is easy to say that if we weren't told that this was Ed, we would never know.

Perhaps the biggest glow-down... ever?

Make sure to keep scrolling to learn about the oldest "Bachelorette" ever...