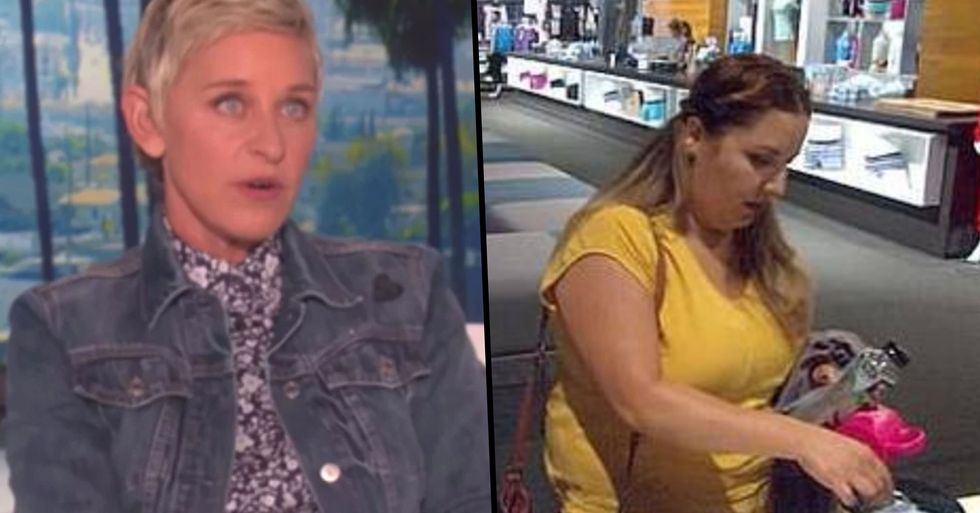 Footage has emerged from an episode of The Ellen Show showing Ellen Degeneres brutally calling out an audience member for "stealing from the show."

Keep scrolling to check out the awkward encounter...

Unless you've been living under a rock for the last few months, you'll be more than aware of the allegations that have been surfacing against Ellen DeGeneres.

But footage from one of Ellen's shows has resurfaced recently...

And it shows the controversial star bravely calling out a member of the audience for stealing. But firstly, let's take a look at Ellen's last few turbulent months...

Her off-screen character is apparently a little less favorable thanks to recent accusations.

And she reportedly sacked someone for talking to her too much.

Yet, despite all the bad press, she has been continuing her daily talk show from the comfort of her own home... which has also ruffled a few feathers.

The Ellen Show's former associate producer has even spoken out about their time working with Ellen, describing her as living in a "privileged bubble."

But even though Ellen has become one of the most controversial names in Hollywood...

This hasn't stopped people from continuously watching and enjoying her show.

The Ellen Show has proven to be more popular than ever during lockdown...

And fans have been spending a lot of time rewatching some of her old episodes.

A certain episode has resurfaced...

And it shows Ellen brutally calling out a fan for "stealing" from the show.

And Ellen started the show by talking about the importance of trust (which is very ironic.) She said, "Before the show I put out some Ellen products with a sign saying 'Only one per person' and I just wanted to see how honest my audience was!"

Ellen then went on to reveal the undercover footage she had caught before the show...

And fans in the audience were laughing and displaying their disbelief to see themselves on Ellen's screen browsing the free merchandise.

But the tone quickly changed when Ellen called out 2 women for taking more than one product.

The camera shows 2 women browsing the merchandise as one of them slyly takes 2 different products.

It's quite an awkward watch...

The woman in the audience is seen looking very uncomfortable as the footage of her clearly going back to take more freebies is relayed in front of her.

This must have been extremely embarrassing for the guilty woman...

And things only get worse when Ellen decides to address the woman personally. "My sister couldn't come, so that was her souvenir," the woman says desperately as the audience laughs.

It's all very painful.

"Yeah, a lot of people's sisters couldn't come," Ellen responds sassily. "Look, I like that you like the products a lot and that you wanted to bring one back for your sister but... when you go to Costco or when you go trick-or-treating at home, you don't just take the bowl and walk away!"

Ellen then takes things to a whole other level...

"Listen, I'm sorry... that's embarrassing and everything but you know, let that be a lesson to you! You think nobody is watching you and you need to be a good person... so you can go and sit in that Ellen Jail over there right now!"

This poor woman is forced to walk in front of the audience and sit in this ridiculous "Ellen Jail". We can't imagine how humiliated she must have been feeling during this wretched experience.

Ellen seems to be absolutely loving the entire experience of ordering her audience members around...

And if this doesn't go to show her true personality, we don't know what will!