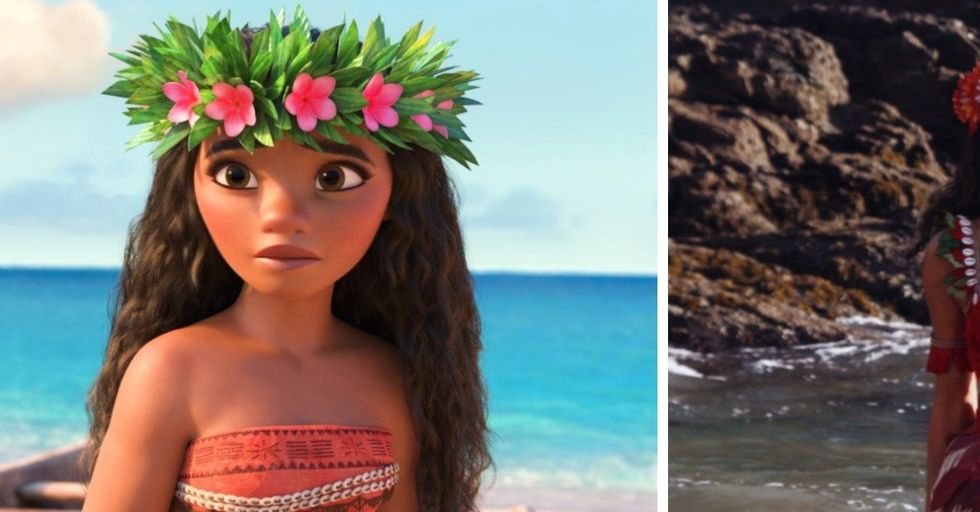 People Are Losing It Over This 'Real Life' Moana Cosplay

You don't have to be deep into "geek" culture to know that cosplay has turned into big business over the past decade or so.

It turns out that Halloween isn't the only time that fans and grown-ups want to get decked out as their favorite characters from TV and film.

Of course, it doesn't ALWAYS go according to plan.

Getting the look just right can take hours of work. Beyond that, you need a fair amount of skill to nail the look without the resources that a costume designer might have at their disposal.

And if you're not a perfect physical match, you might want to find someone better suited to your build.

Otherwise, you're left with something like this, which doesn't exactly make the look "your own." Oh, well. I guess they get points for trying, right? Eh, maybe. But most people aren't just into cosplay for the effort, they want a great result.

Now, with so many diverse characters in entertainment, the world of cosplay is opened up to those looking to take on a look that might be near and dear to their lineage or appearance.

With the introduction of the Disney smash hit "Moana," one girl got her chance and totally knocked it out of the park. It's not the easiest look to pull off, as you can see. There's not much to hide behind, costume-wise, but when you've got it, you've got it!

Once the cosplayer, who you'll see in the full get-up shortly, posted her pics online, people went nuts over the resemblance.

Couple that with the fact that Moana might be Disney's most iconic and popular character since Elsa from Frozen, and you've got a pop culture phenomenon stemming from this girl's amazing cosplay. Check it out and see the surprisingly mixed(?) reactions to her efforts!

Ever since Moana hit theaters, fans have been flocking to see the film and speculating as to what she would like in real life.

Well, they may have found the answer in Twitter user @Mikaylano, who tweeted out a picture of her cosplay that is totally spot-on.

Her tweet instantly went viral, with people wowed by how strong the resemblance is.

It's hard to deny how similar they both look, right?

It wasn't all raves, though.

Not everyone, however, was such a fan...

There were (now deleted) tweets that feel it's cultural appropriation for a Filipino girl to adopt a Polynesian costume, so she took time to address the issue.

Some felt her effort was a big step toward inclusion.

Some people really found it to be a matter of appropriation and respect.

But for the most part, people were on her side.