But, now, the star mainly focuses on her booming modeling ventures. | 22 Words 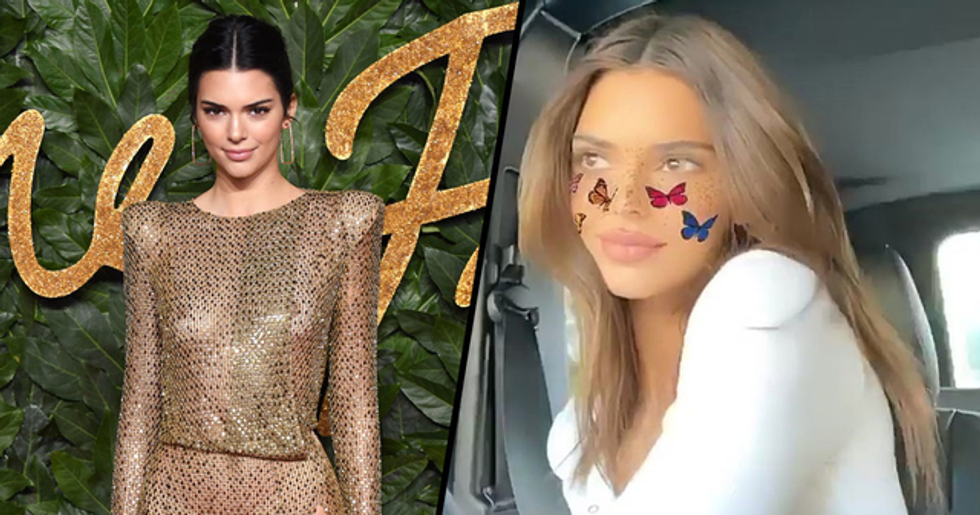 Kendall Jenner is no stranger to controversy. In fact, some argue that that's pretty much what she relies on for her career. From poorly planned Pepsi ads to more than her fair share of cultural appropriation claims, to that infamous video with Bella Hadid, Kendall is basically never out of the headlines.

But her latest controversy may be her worst yet. Kendall shared a video of herself on Snapchat that got everyone talking, for all the wrong reasons. Not only was it kind of silly - but it was actually dangerous, too. Scroll on for the video that's got the whole internet angry.

The supermodel has hit the headlines multiple times because of her hair. Now, you may be thinking "hair is just hair, how can it possibly be problematic?" Well, it can be when you consider cultural appropriation - aka the adoption of elements of one culture by members of another culture, which can often spark controversy when a socially dominant culture takes from a disadvantaged minority culture.

She came under fire for being styled in dreadlocks at a Marc Jacobs runway show. The questionable show saw a whole host of mostly white models, including bestie, Gigi Hadid, and, of course, Kendall Jenner herself, donning pastel-colored, wool dreadlocks.

It's safe to say Kendall is no stranger to backlash.

But there's one area in which she's particularly prone to causing a stir - when she's behind the wheel of a car.

Kendall has faced trouble for this before.

In 2015, Kylie and Kendall were driving in Los Angeles when they posted a rather raucous Snapchat. But many thought they were focused too much on their social media, and not enough on the road ahead.

And the same year saw another traffic accident.

Caitlyn Jenner was driving in Malibu when she hit two cars with her SUV, pushing one into oncoming traffic. There was one fatality and four injuries in the tragic accident.

In fact, it seems as though the Kardashian-Jenners and driving aren't compatible.

And when you put a selfie camera into the mix, things go from bad to worse.

And Kendall's latest move may be her worst driving mishap yet.

She shared a video of herself testing out the new Snapchat butterfly filter. So far, so good - except for the fact she was also trying to operate a vehicle at the same time.

And fans noticed one thing.

In her eagerness to check herself out with her new (fake) look, Kendall was rather conspicuously looking away from the road.

See what you think - here's the video.

It seems hard to deny she's not putting her full attention into her driving, spending a few too many seconds for comfort staring into her own eyes.

And some noticed this.

Not only was Kendall not really paying attention - but she also seemed to be steering in a rather bizarre (and extreme) style.

And although some were joking about it ...

WHY DO PEOPLE STILL VIDEO THEMSELVES DRIVING PUT YA FUCKIN PHONE DOWN YES IM SHOUTING AT U @KendallJenner
— melissa ✨ (@melissa ✨)1572388843.0

It seems others were seriously annoyed. It's one thing to be a danger to yourself - but putting others at risk through your own vanity? Not cool, Kendall. Want some more Jenner-based controversy? Read on to see why Caitlyn Jenner's birthday cake got everybody talking.