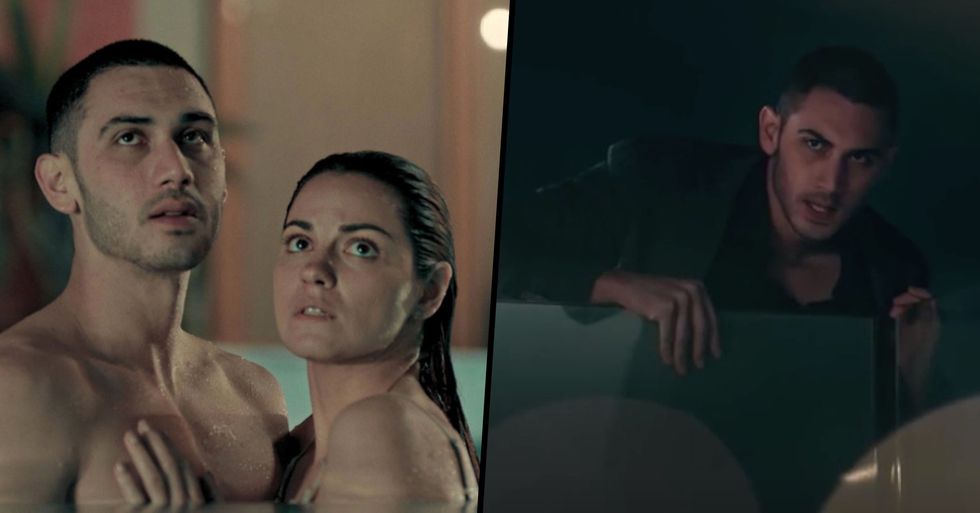 The internet may only just be recovering from 365 DNI, but another of Netflix's new series has been causing quite a stir online, with people saying it's "way hotter" than 365 DNI...

The world is only just recovering from Netflix's 365 DNI...

And it looks like there's yet another steamy spectacle that people can't stop talking about.

Over the last few years, the streaming giant has produced some of the best content for us TV-hungry folk to sink our teeth into.

Netflix is home to a wealth of movies for those fancying their box office fix.

From original flicks to blockbuster favorites...

Netflix really does have it all.

But it seems one of its recent additions has been soliciting a very strong reaction.

You're probably thinking were talking about a new horror series...

Or a tantalizing thriller, perhaps?

Well, you're quite far off the mark...

Unless you've been living under a rock, you'll know that the polish flick has been soliciting quite a response from viewers, but another of Netflix's offerings is giving it a run for its money.

Now that we've dipped our toes into those waters...

Netflix users have moved onto a steamy series that many are saying is even hotter than 365 DNI.

The series is being described as "a twisted combination of 365 DNI and smash-hit stalker series, You."

The show follows an unhappily married college professor named Alma Solares who begins to suspect her husband is cheating on her.

So, she decides to have a passionate affair with Dario, her college student.

Oh yeah, and Dario ends up turning all creepy stalker on her.

But, according to viewers, it's just a whole load of sex scenes.

One viewer went as far as to say there's "so much sex you struggle to find some story."

Amid all the sex scenes, however, there's a lot of drama.

Alma's oldest friend mysteriously dies. At first, it is presumed to be a suicide, but it quickly becomes apparent that there's more to the story.

And of course, there's also the fact that Alma is trying to keep her affair from her husband.

"What started as a minor adventure becomes an incendiary passion, and then a dangerous obsession, unraveling a chain of secrets of a past that fatally binds them all," reads the synopsis.

It's safe to say that the series is packed full of drama.

And viewers have already been taking to Twitter to air their views on the steamy show.

Many of whom have been lavishing the show with praise.

Seems there was a lot of sex amid the twisted drama.

All in all, people are giving the show rave reviews.

And viewers loved the element of mystery throughout.

Dark Desire is available to watch on Netflix now. To read about another Netflix series people can't stop talking about, scroll on...