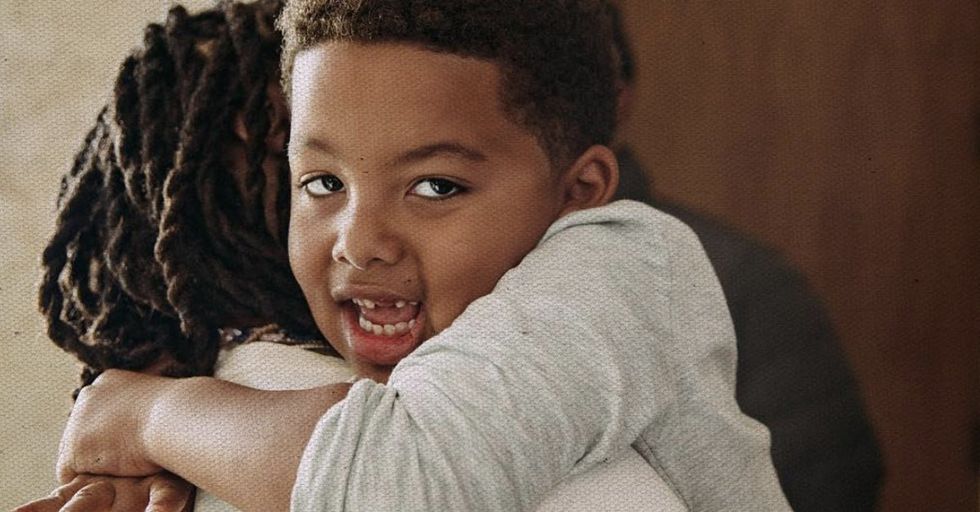 For celebrity parents, it's hard to fight for the normal life as they try to raise their kids, sometimes in the spotlight. Gross school lunches, making sure you brought your own crayons, adorable but embarrassing school plays – these are all the glamorous parts of a child's youth, something you don't want them to ever miss out on.

Rapper Wiz Khalifa, among many other celebrities, is trying his best to raise his son as best as he can. His son Sebastian is as cute as a button and almost has as much swag as his dad. Sebastian recently started kindergarten, and like every normal boy, he wanted to take the school bus. It was a sweet moment for Wiz, but the internet was not loving it.

There was some minor backlash from people online, judging Wiz for being rich and making his son take the bus. People responded, defending Wiz and his parenting skills, and Wiz tried his best to brush it off.

If you don't know, now you know.

Wiz is a rapper, known for his hits like "Young, Wild and Free" and "See You Again."

Black and Yellow, anyone?

This was a classic in 2011 and suddenly everyone was a big fan of these two colors.

I don't think anyone could get this song out of their heads.

This song was so catchy and thankfully, Wiz was not a one-hit-wonder; he was just getting started on his rap career.

Wiz was on his way to the top.

His career kept growing and he was making hits left and right. Before he knew it, he was a household name and a radio smash.

Wiz and actress Amber Rose met in 2012 and fell in love. They showed off their relationship at many red carpet events and everyone knew their names.

They went straight to the courthouse.

Wiz casually posted this tweet, announcing to the world that he was marrying Amber. She proudly posted a picture of her giant diamond and the internet celebrated their love.

Not everyone thought it was a great idea.

Some doubted their love, but Wiz and Amber didn't care and carried on to the court house to make their relationship status official.

Amber announced she was pregnant at the 2011 VMAs and the crowd went wild. She gave birth to Sebastian Taylor Thomaz in February of 2013.

It was short but sweet.

The couples' marriage lasted 14 months. Rose filed for divorce and now the two stars have joint custody of Sebastian. Yes, it was fast, but they made an adorable baby and the internet has fallen in love with Sebastian or "Bash" as his family calls him.

Now Sebastian is all grown up!

Sebastian is five years old and is stealing everyone's heart. Amber and Wiz post plenty of photos of their son, proud of the young man he is.

They have mastered co-parenting.

The parents split time with Sebastian and come together for birthdays to celebrate their son. Bash is a pretty cool kid and from the looks of it, has a sweet life.

They grow up so fast!

Amber posted a video of Sebastian sitting on a school bus, getting emotional over her little boy growing up.

These are some proud parents.

Wiz posted a video of him walking Sebastian to the bus stop so he could see him off to school for the first time. For some reason this video made me emotional. Is that just me?

This is a big moment for parents!

Your kids' first day at kindergarten is a milestone; you're watching your little kid grow up and step into the real world of crayons and math equations. It can be hard sometimes to say goodbye, even if it's just for a few hours.

The school bus can be a scary place!

For some kids, the school bus can be quite intimidating, especially for the first few times. Having your mom or dad walk you to the bus can be the most comforting thing to help ease your nerves.

It's always tough for parents.

The baby bird is leaving the nest! No matter if you're a celebrity or not, parents all have similar reactions to seeing their kid off for the first time.

But some people were not super stoked about this.

A scroll through the first few comments on Wiz's Instagram post revealed some pretty negative reactions, bashing Wiz for making his kid take the school bus.

There were a few comments judging Wiz for making his son ride the bus when they have enough money to drive him to school themselves.

Yes, Amber and Wiz have enough money to have Sebastian dropped off in a fancy car with a private driver. But what about that says "normal kindergartner?" Nothing!

"Being rich ain't got nothing to do with with a child's experience," Wiz said in the video. "All y’all people asking why I would let my son ride the bus, cause I’m rich. And he said he wanted to ride the bus with his friends, so let kids do what they want to do. Chill."

Amber and Wiz proudly support their son and his decisions to take the bus to school, and soon after the hate started, many parents chimed in to support this decision and shower Wiz with love.

Positive comments flooded the photo, praising Wiz for letting his son take the bus. Man. Happy to see he gets to ride the bus and be somewhat normal and have some normal kid experience. Good job dad, one Instagram user commented.

Father of the year.

Cheers to you and Amber allowing your kid to be a kid!!! Not a lot of parents do that anymore!! He looks like a very happy, smart child!! You two are obviously doing something right!!!  Another commented this, praising the parents for letting their son take the bus.

We've got no time for parent-shaming.

It's always a struggle raising kids and some people are so quick to judge other parents and the way they raise their kids. Wiz and Amber are killing the parenting game and we do not have time for this kind of hate.

Wiz really is an incredible dad.

Wiz cares about his son and has a beautiful way of showing it. He made a YouTube channel so fans could follow along with Bash as he grows up.

It's Bash's world and we're just living in it. The video of him on his first day of school has over one million views. He's doing pretty good for a kindergartener.

Wiz and Sebastian's relationship is the cutest.

They starred in an Oreo commercial recently that was all about spending quality father-son time together. Never thought I'd cry from a cookie commercial, but lo and behold, this one really got me.

This commercial got a lot of love.

Just wanted to salute @Oreo for getting the narrative right and showing the love between black fathers and their so… https://t.co/OmyAh6R7Dl
— Diddy (@Diddy)1549934732.0

Even Diddy tweeted his support for how beautifully Oreo captured the meaning of amazing parenting.

Their relationship inspires us!

@Oreo @wizkhalifa I luv these two🥰 it’s such a beautiful relationship between father and son.
— vilma rodriguez (@vilma rodriguez)1550365750.0

There was a lot of positive feedback from fans about this commercial and so many fans loved seeing Wiz love and care for his son.

But Wiz still wants everyone to chill.

Don't go throwing Oreos on stage though. Wiz is not cool with that.

Sebastian was pretty stoked about being on TV, just like any normal kid would be if they saw themselves on the big screen.

Bash and Wiz are the most fun to watch and Amber is their biggest fan. It's pretty cool to see two parents come together to raise a really awesome kid.

Having rich parents can come in handy, though.

Okay, maybe Bash isn't the most normal kid. This kid is living his best life at only five years old!

Parents are doing the best they can and it's worth celebrating, even if you don't always agree with what they are doing. Share this article to pass on the positivity to other parents!