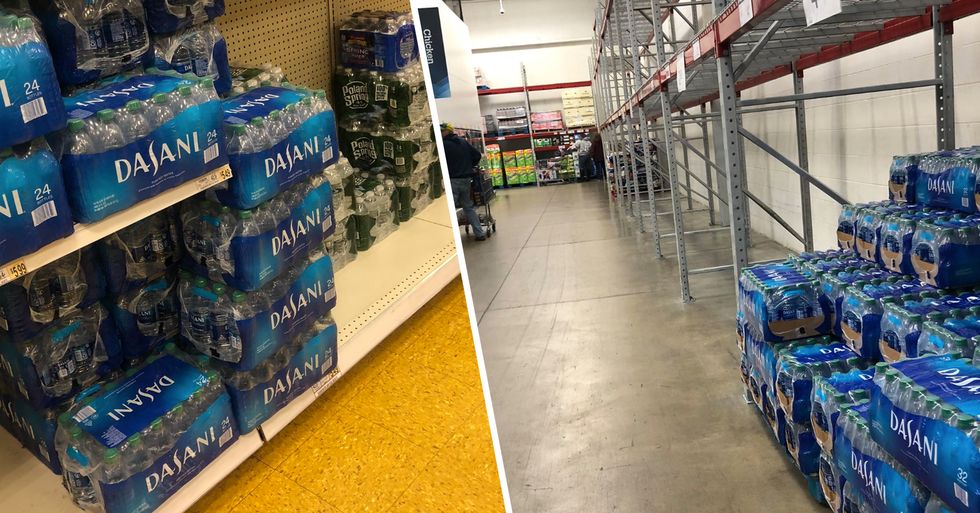 Amid all the (rather ridiculous) coronavirus panic shopping, there seems to be one item that people simply will not buy... And it's Dasani water.

Since the first COVID-19 patient in Washington, there have been 4,102 more confirmed cases across the country and seventy-one deaths.

And, in their panic, many have been taking to supermarkets to stockpile on supplies.

And older, more vulnerable people who struggle to get to the supermarket often have been left with nothing left to buy. Things need to change.

But, despite the frantic panic buying...

There is evidently one thing that shoppers are reluctant to buy.

Rather bizarrely, shoppers have been noticing that, amid all the empty shelves, quantities of Dasani water have remained plentiful.

In pretty much every store...

It's making some people wonder...

There has been no explanation for the overwhelming presence of Dasani water just yet...

But it can be heavily assumed that, because of the large presence of running tap water in people's houses, shoppers aren't too concerned about bottled water.

We may never know. To find out about all the movies and TV shows that this coronavirus pandemic has pushed back, keep scrolling...