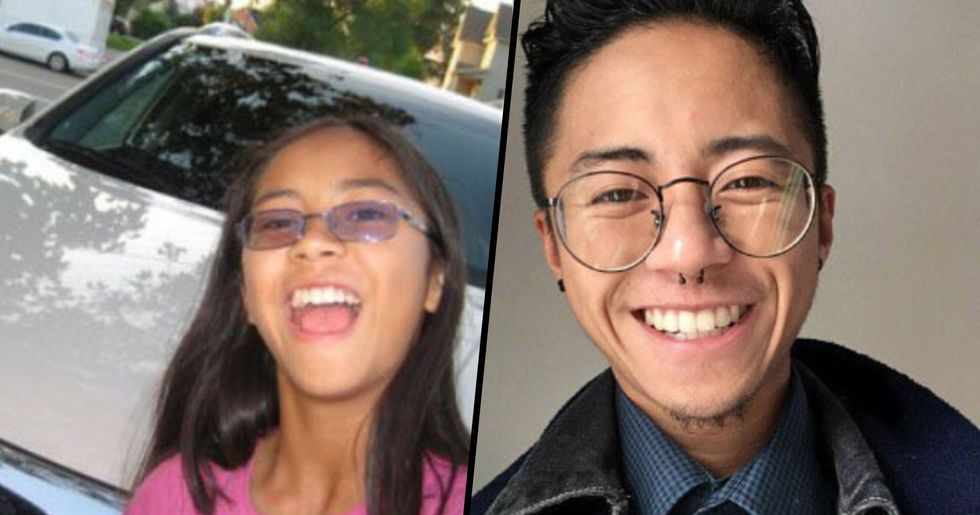 As the year (and the decade) draws to a close, it's a time for reflection. And there seems to be no better, or more popular, way to do this than by comparing and contrasting. But some of the posts we've found are truly amazing.

These testaments to the human spirit, our ability to heal and grow, and to laugh at ourselves along the way make for some of the most heartwarming internet content we've seen. What a way to say goodbye to 2019!

And as we prepare to enter the '20s (yikes) we also look back on the events of the decade.

In some ways, it's hard to deny things have gotten worse.

This comparison just makes us sad!

In other ways, things haven't changed at all.

Others have shared some pretty funny comparisons.

In a way, the last decade had made something of a trashcan of us all.

But some of these comparisons are just incredibly heartwarming.

And we've collected some of the best. Here are the 10-year challenges that will truly make you proud to be a human.

Being able to live your truth is a true glow up.

Major props to any guy who's an unabashed cheerleader for his wife, too.

It's hard to deny that smile.

Puberty was definitely kind to this guy.

The true joy of being able to be yourself can be seen in this smile.

Happy to know that some things never change, though.

Health is happiness, as this guy proves.

We have to commend this young lady's bravery.

It's amazing how you can really see the difference in peoples' smiles.

It can be comforting to think of how your past self would see you now.

We guess ten years is a long time - but still!

Maybe only by looking back can we appreciate where we are?

We can barely believe these 2 photos are of the same person!

It seems her conditioner discovery has paid off massively.

This one brings a tear to the eye.

He looks much happier and kinder in 2019!

From cute to handsome in just a decade.

Many changes - but she's always had great glasses and lipstick game.

It only took her ten years to find her perfect jacket!

Seeing the world is what keeps you young at heart.

Honestly, what teenage boy didn't have these bangs in 2009?

But you can still see the resemblance between the two.

The transition to adulthood is never easy - but discovering your passion is a huge reward.

5. More than just a haircut

Finding your true gender expression is the biggest glow up imaginable.

Discovering the gym clearly changed things for this man.

But still an undeniable growth.

We guess true love will do that to you!

3. The most important thing

Feeling happier with the person you are now is truly the only real marker of success. We're proud of all of these transformations! Want to see more then-and-now pics? Scroll on for what all the people from your favorite memes look like now. Some of them are quite different.