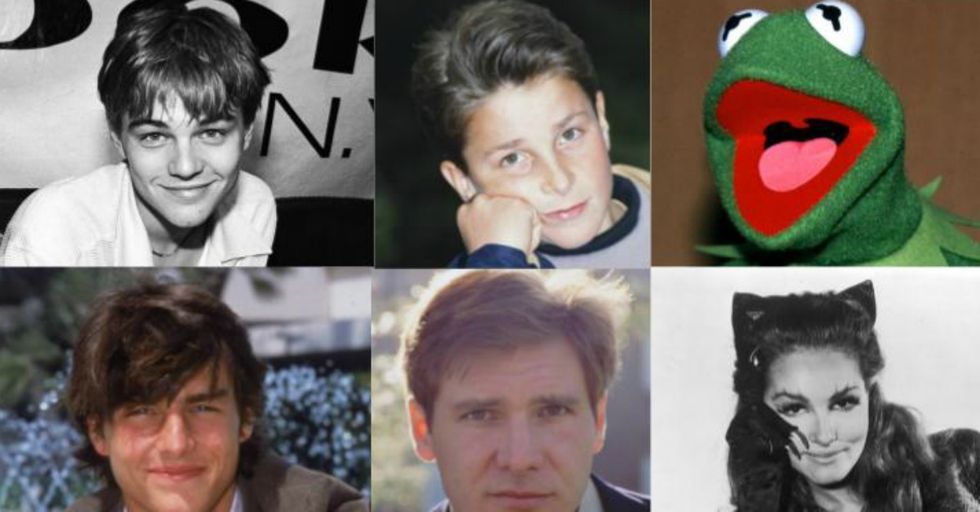 Someone by the name of 'Dead Man's Toe!' started a thread on Twitter yesterday asking people to respond with their first five celebrity crushes. Twitter delivered, revealing the specific time period in which they grew up through their pop culture sweethearts.

Who are your "foundational five," the first five celebs you ever had a crush on. Mine are VERY different from my current ones.
— Kristen Lopez (@Kristen Lopez)1507567463.0

We love that she used the term "foundational five." Did our first five crushes establish who we find attractive for the rest of our lives? Or are they just a good constant to measure our current tastes against?

Prepare yourself for some throwbacks...

...and a whole lot of swoons. These lists will remind you of what it was like to be a blushing, embarrassed tween.

Many people had Christian Bale near the top of their lists.

Lots of people had crushes on Tom Cruise.

Linda Dey tied with Carrie Fischer. People were far from done posting their favorite first celebrity crushes. You'll want to see who else they were pining for back in the day...

Everybody had a crush on Harrison Ford.

But Julie didn't like Ford from Indiana Jones, she liked him from Blade Runner.

Do we have to choose? Can't we love all versions of Harrison Ford? Although many people were embarassed about their crushes, Liz was unabashed about her Harrison Ford crush monopoly.

Jenni had a hilarious list, including Edward Scissorhands and Kermit the Frog.

How does one have a crush on a talking frog, you ask? We don't have answers. But we do know that plenty of people have crushes on cartoon animals, like Simba from The Lion King. People like what they like, mmkay?

This person stretched the rules but made up for it with some swoon-worthy pictures.

Who are we kidding, young Leonardo Dicaprio has been a staple in first crush lists for a couple of generations, namely for his roles in Titanic and Romeo + Juliet. Rufio from Hook is also a solid choice. Who were your first celebrity crushes? Did these people get them right?