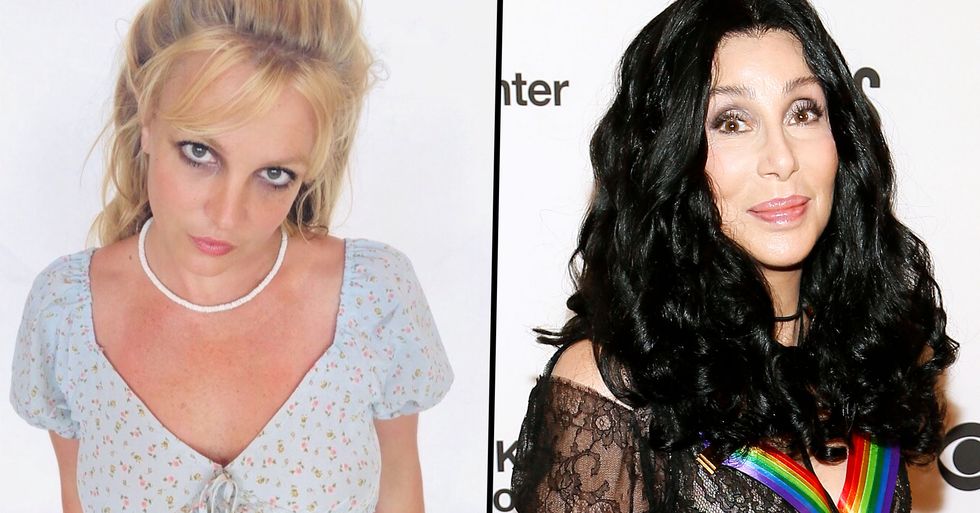 People Are Seriously Divided Over Cher's Comments About Britney Spears

Cher has now weighed in on the whole #freebritney movement, and fans are seriously divided over her comments.

Twelve years on from her highly publicized break-down, the infamous pop star is seemingly attempting to take her life back.

Because even though it may not seem it from an outsider's perspective...

Reports have been coming in this week that suggest Britney is taking back the control over her life.

It's going to be a difficult road to freedom...

And, fellow celebs are starting to weigh in on the matter... including Cher. Here's what we know so far...

It was reported that she no longer wants her dad to be in control of her conservatorship.

But Britney is now set to receive a lot of help.

It emerged last week that the American Civil Liberties Union, a nonprofit organization founded "to defend and preserve the individual rights and liberties guaranteed to every person in this country by the Constitution and laws of the United States," caught wind of her case and has extended a helping hand.

The ACLU issued a public offer of help to the star.

People with disabilities have a right to lead self-directed lives and retain their civil rights. If Britney Spears… https://t.co/4MlNvRAGtc
— ACLU (@ACLU)1597869393.0

Taking to Twitter, they wrote: "People with disabilities have a right to lead self-directed lives and retain their civil rights. If Britney Spears wants to regain her civil liberties and get out of her conservatorship, we are here to help her."

Britney is yet to address or respond to their remarkable offer.

But now, someone else has spoken out.

Singer Cher has now weighed in on the matter.

Cher gave her opinion on the matter in light of recent news that Britney's sister, Jamie-Lynn Spears, who was selected as trustee of the pop star's estate 2 years ago, is seeking more control over Britney's fortune. And it's not the first time Cher has spoken up either.

The star has previously questioned why Britney is allowed to work while apparently still needing a conservator to look after her.

And this week, she has commented on the situation once again.

But, reactions to what she had to say were mixed...

@cher Thank you for using your platform, I just wish other powerful celebs would speak up.
— #FreeBritney (@#FreeBritney)1598431843.0

Here's what she had to say.