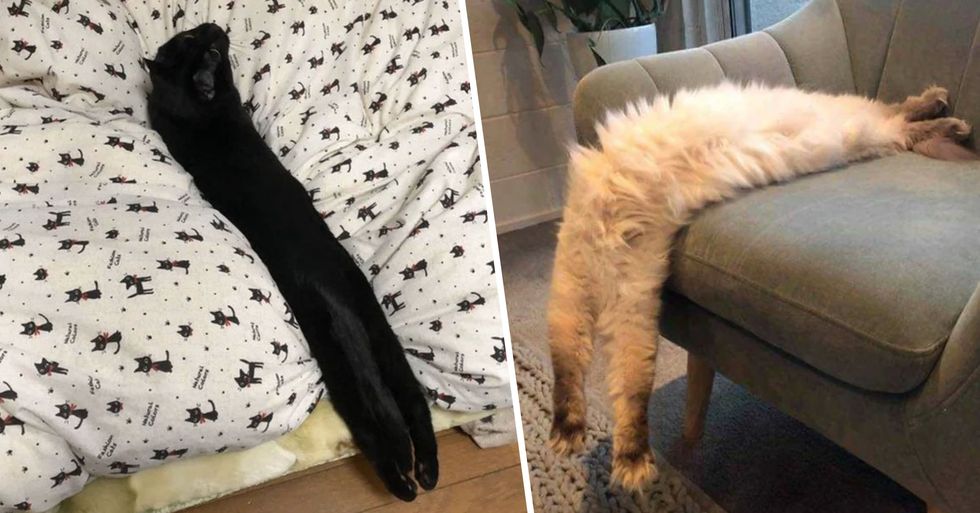 Owners have been sharing pics of their very long cats that seem to stretch to infinity and the internet truly can't get enough.

The snaps are hilarious. Keep scrolling to take a look...

But owners have been sharing snaps of their cats looking unusually long...

And the result is both baffling and hilarious.

Here are the best (and most hilarious snaps)...

Keep scrolling to the end to see number one - you won't regret it...

15. Having a good old stretch.

It's been a long day.

Nope, just a kitty in a bathtub.

We're all nosy from time to time.

12. We didn't realize planking was a thing again...

This kitty is clearly just trying to catch some rays.

This is just the purest thing we've laid eyes on.

Maylon and Jason are inseparable.

This cat knows how to work the camera.

8. This bundle of fluff is enjoying some relaxation time.

Where can we get one of our own? Like, right now.

7. It's unbelievable how long this sweet boy is.

6. When stretching upside down is your thing...

Whatever floats your boat we guess.

This pic has truly messed with our minds.

It's hard to tell.