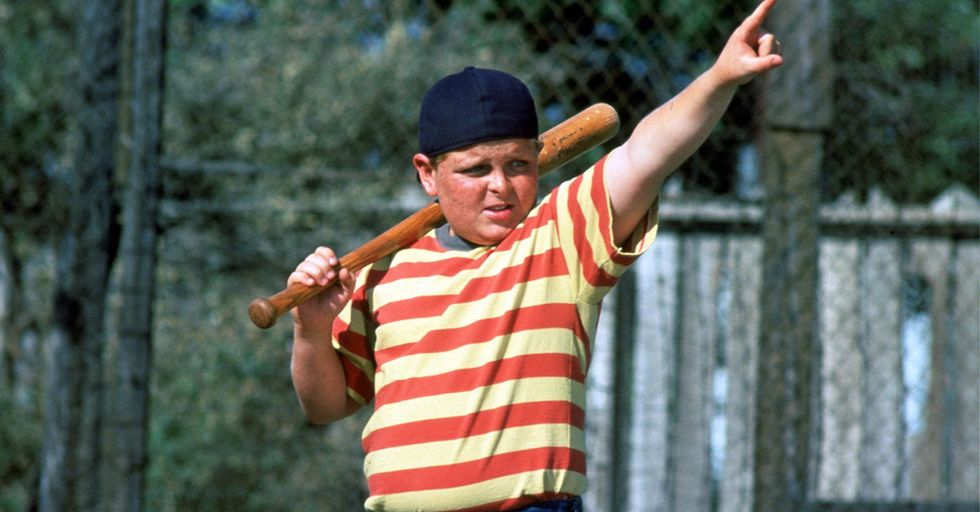 These Are the So-Bad-They're-Good Movies People Love

You're probably familiar with Rotten Tomatoes, but just in case... It's a site that rates movies based on its reviews. Almost every movie ever is assigned a percentage based on the number of positive to negative reviews it has received. So, a movie with 95 percent is certified fresh — reviewed extremely well and beloved by critics (almost) everywhere. A movie with a 7 percent rating, well, it's rotten. Quite hated by almost everyone.

Now, of course, critics' opinions are not the end all be all when it comes to movies. Some critically panned movies have turned out to be total cult classics. For example, I watched a movie last night called Little Italy. It has a 21 percent rating on Rotten Tomatoes, which is pretty rotten. But this movie was a delight. It made no sense and took place in Canada's version of Little Italy where everyone inexplicably had very heavy New York accents, but I loved it, both ironically and sincerely. But according to Rotten Tomatoes, it's a rotten movie.

There are many movies like this, movies that are loved by so many but "certified rotten" on Rotten Tomatoes. Writer Jon Negroni got the conversation about these movies started on Twitter:

This is a GIF from A Knight's Tale, an objectively wonderful movie. I don't understand how it is "rotten."

It's a travesty of the highest order that The Sandlot is "rotten" on Rotten Tomatoes. Like, it's a perfect movie.

Sure, it's a bonkers movie about stealing the Declaration of Independence, but it's also highly entertaining and it stars Nicolas Cage, who we all know is a national treasure in and of himself.

Speaking of national treasures, any movie with Jennifer Coolidge in it should automatically get like, at least an 80.

I will say that I have fallen asleep to this movie several times and while I don't ever know what's going on in it, it is very cool-looking.

This "rotten" rating should be revisited because Heavyweights is one of the greatest movies of its time.

So I Married an Axe Murderer

OK, I watched this movie recently, like, a couple months ago, and it's so great! Very enjoyable. Very nostalgic. It's got everything.

This is an insanely quotable and hilarious movie with perfect performances by Ryan Reynolds and Anna Faris. A classic!

I also watched this old Tom Hanks vehicle a few months ago and it's...OK. It's very late '80s in both a good and bad way.

Just from this GIF alone, I can tell that Death to Smoochy deserves more than its "rotten" rating.

This was one of those Disney movies that didn't get all the love and attention of the others but still deserved it!

Clue?! The masterpiece?! The classic?! How in the world does this have a "rotten" rating?! Madeline Kahn's presence in a movie alone is worth at least a 90 percent.

Even though this movie is heartwrenching and terrified me as a child, it certainly doesn't deserve a "rotten" rating. It's great!

First of all, Robin Hood is one sexy fox in this Disney movie. Second of all, this is by far the best Robin Hood movie to exist in the world. Doesn't that count for something?

Hm. This is the first movie where I am definitively on the side of the critics. Suicide Squad is...not good.

Ben Affleck is...an accountant. Sounds exciting. No, no, I know, it actually is exciting. Sure thing.

Armageddon has definitely gained a cult following since it came out, so I think it's time to update the old website, Rotten Tomatoes.

From what I understand, this movie is a total classic and should, therefore, be treated as such. I am resolved to watch it myself soon.

Don't ask me how or why, but I have seen this movie, and while it is beyond silly, it's not exactly bad.

OK, this, I understand. I rewatched Mamma Mia ahead of Mamma Mia 2 and found it a total sensory overload that made no actual sense. I mean, I still danced and sand along (you can't not), but it was a lot.

This is not what I would call Adam Sandler's best work. I give that title to The Wedding Singer, Happy Gilmore, and Eight Crazy Nights. (Yes, I'm serious.)

This Chris Farley/David Space buddy movie is so good. It's the best. It deserves so much more.

Spaceballs is not my favorite Mel Brooks movie, but that doesn't mean it's rotten! It's got a lot of giggles in there!

The Cat in the Hat

Who is this person who actually liked the Mike Myers Cat in the Hat? I have some questions for them.

This scene alone proves that this movie is delightful. This is an utter failure of the Rotten Tomatoes system.

Two facts about me:

This is a very silly movie, one that I laughed at almost to the point where I peed my pants, so make of that what you will. Share this with a movie buff you know!