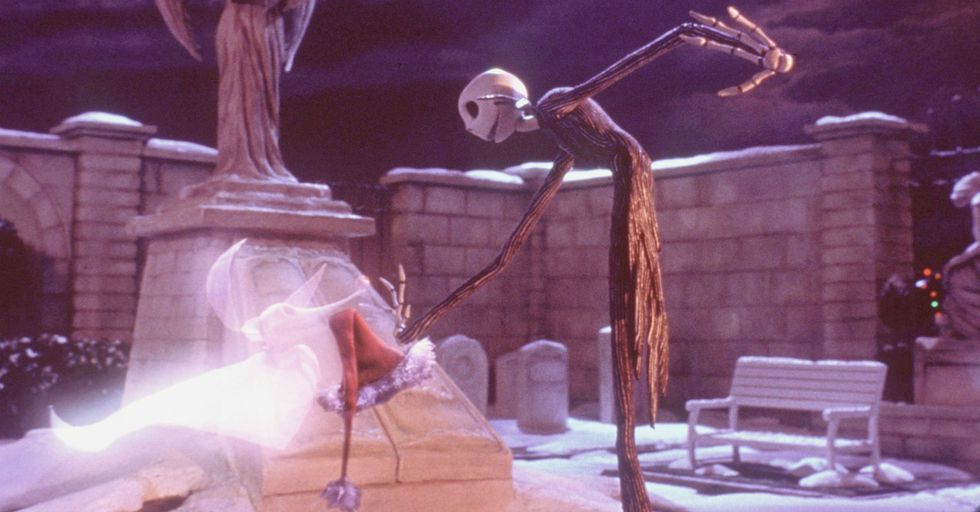 Can you describe its plot in exactly five words, no more, no less, so that anyone who reads those five words will know what movie you're talking about?

That's the challenge that the Academy posted on Twitter a few days ago:

Ah, yes, this would be a certain million-hour long trilogy, I believe. Lord of the Rings, did you know you were Stephen Colbert's favorite movies?

This is obvious for any fan of Dodgeball, which is one of the hardest times I've ever laughed in a movie theater. And now you know that embarrassing fact about me.

This is an oft-forgotten Disney movie, The Emperor's New Groove. It's a pretty good movie.

He would have fit on the door, Rose! Jack didn't need to die. Everyone who's watched Titanic knows that. The next one is another total classic.

Did you realize that The Lion King is pretty much just Hamlet but with lions instead of ham? I know! Big surprise.

If you've never wept through the entirety of Dead Poets Society, you've never lived. That's a rite of passage. And yes, I used the same caption as the last one. It applies.

But you know what they did after the first Jurassic Park didn't go so well? They brought them back anyway! Over and over and over again!

Is The Nightmare Before Christmas a Christmas movie or a Halloween movie? I'm still confused about its plot, and I've seen it multiple times. The next one will get you dancing.

I'm not going to lie; I just watched Mamma Mia! the other night, and I was confused the whole time and couldn't understand what was happening. But the colors were beautiful, and the water was blue, and that's really all that mattered.

Did any other high school band geeks pretty much have flashbacks during Whiplash? It was too real.

Here's looking at you

Of all the gin joints in all the world, Ilsa walks into Rick's. And that's how we got Casablanca.

I know almost every word to Elf, and it's partly because when my cousin was little, all she wanted to do was watch it on repeat 24/7/365 and partly because it's actually one of the best movies ever made. The next one is also a great, yet underrated movie.

Honestly, of all the body-switching movies, Seventeen Again does NOT get the credit it deserves. It's straight up delightful. Of course, the best one is 13 Going on 30, though. No question.

If you are a fan of horror and you haven't seen The Witch, do it. This, of course, is an oversimplification of the plot, but I will say, Black Phillip's empty gazes can be quite persuasive.

Have you watched Boss Baby? Because I have, and it is actually a bonkers movie. The plot is so very complicated, and it doesn't need to be. At all.

There were a lot of things I did not like about Gone Girl, but the fact that Ben Affleck gets crapped on for the whole movie was one of the things I did.

Well, folks, it doesn't get much clearer than that. Share this with the first movie buff you can think of!