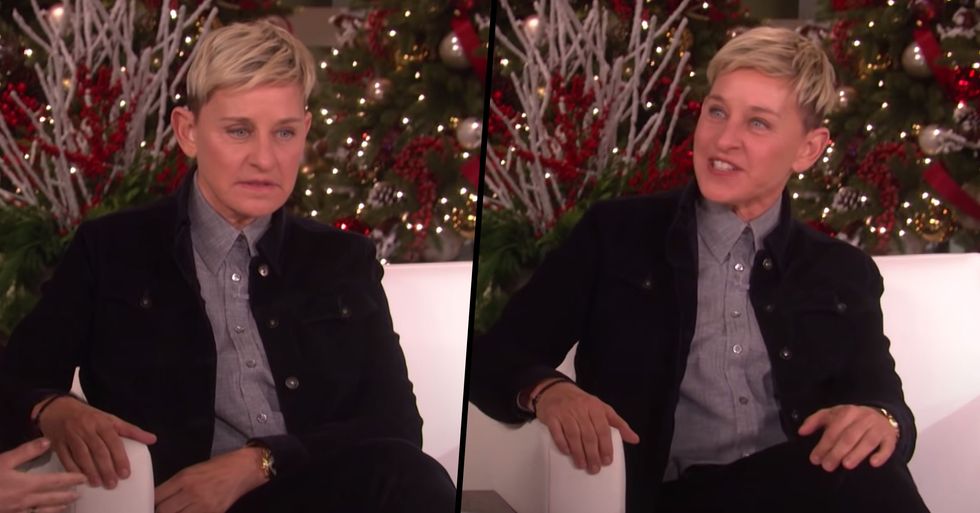 Amid the current investigation into The Ellen Show, people are now sharing the video that "ended" Ellen DeGeneres...

People are now sharing the video that officially "ended" Ellen.

In the video from last year, Ellen is interviewing actress Dakota Johnson.

During the clip from November 27, the topic of Dakota's birthday comes up.

Ellen claimed that she hadn't been invited to Dakota's 30th birthday party the month before.

And this was when Dakota officially declared war on the battleground of Ellen DeGeneres.

She completely clapped back to the host.

“Actually, no, that’s not the truth, Ellen," said the star said. “Ask everybody. Ask Jonathan, your producer."

Until finally, off-camera, someone affiliated with the show settled the score, confirming that Dakota was right.

Many declared it as the clip that marked the beginning of Ellen's downfall.

As you can imagine, the reactions came pouring in.

And many praised Dakota for standing her ground with the host and calling her out.

Dakota ran so we could walk.

Who would’ve known that this whole time all it took would’ve been Dakota Johnson to save us all from Ellen DeGenere… https://t.co/ocBS1HE6WV
— Academy Queens (@Academy Queens)1595940444.0

The memes just kept on coming.

Things are really not looking good for Ellen right now.

Watch the viral interview below:

And what does this mean for Ellen herself? Has her mask finally slipped? Keep on reading to see why the internet was torn over a photo of Ellen and George Bush at a Cowboys game...