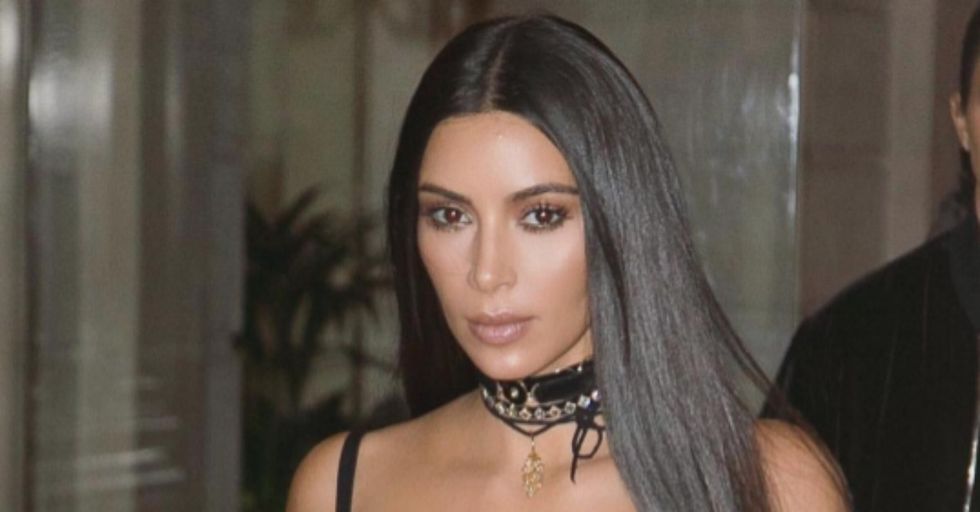 Love them or hate them, it seems a Kardashian is in the news every day for some reason or another. Today is no exception, and this time it's just a picture of her son Saint that has the Internet up in arms.

Kim Kardashian needs no introduction, but just in case...

Kim is probably best known for her appearances on Keeping Up With the Kardashians, and for her social media presence.

Here they are together, looking incredibly adorable.

Last week Kim and Kanye announced they will be having a third child, but using a surrogate.

They have said they want more kids, but Kim has a dangerous condition called placenta accreta, which means the placenta attaches too deeply into the uterine wall.

It could actually be life-threatening for Kim to carry a third child to term, so a surrogate was apparently the best way for them to go.

According to TMZ, the couple has used an agency and already found that lucky uterus. But even that decision — a very personal decision — was trolled by people who thought it was their business what Kim did or didn't do with her body.

But in the meantime, Kim is carrying on with her life.

She was doing something as simple as going for a drive with her son, Saint West, and somehow even that managed to cause controversy online. Take a look at the picture she posted...

Reasons for people to flip out? Check. Can you see what might be wrong?

While many commenters pointed out how cute Saint is, others voiced concerns about the safety of his car seat setup ― specifically the fact that the toddler appeared to be front-facing.

"It actually is safer to keep him rear facing as long as possible. Nobody would question the 'car seat police' if they did a little research into internal decapitation," another one wrote.

Some commenters poked fun at everyone freaking out over the seemingly-innocent picture.

At least he's in a car seat, right?

Well, apparently that wasn't enough for everybody.

“It’s illegal to have a child facing forward in California that is less than 2 years old. Please turn his car seat around, it’s not too late!" added another. But there were also those who came to her defense...

Many people thought that as long as the car seat was secure, he was safe.

And if we're to assume Saint is in California, which is most likely, a new California state law mandates children under the age of two must be property secured in a rear-facing child restraint system, unless the child weights forty pounds or more or is above forty inches tall.

Saint could be at the top height and/or weight limit allowed by the car seat manufacturer.

Which means that Kim would have to switch him to a forward-facing car seat.

Then there were the people who just didn't care at all.

And to be honest, that's probably the camp most people fall into. Who cares?

So much drama from the mamas.

Where do you come out on this?