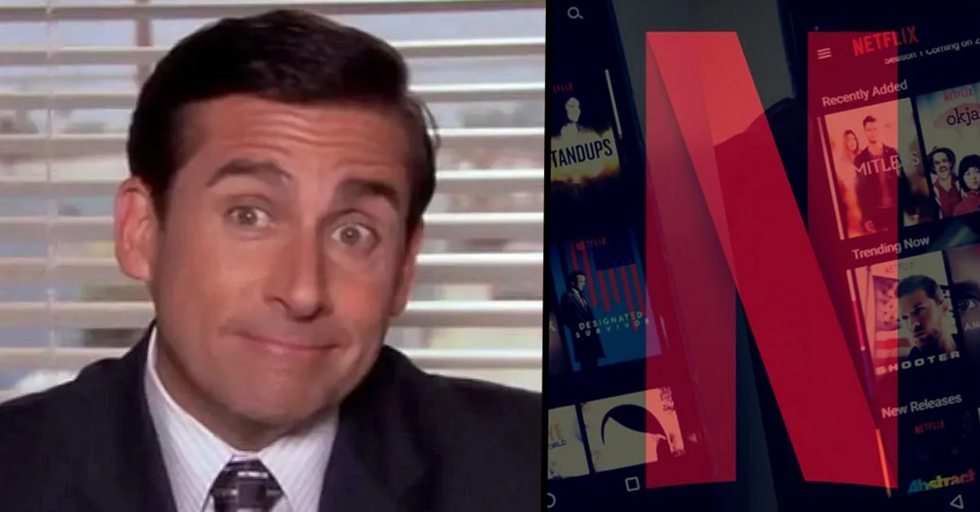 Since we're all stuck in isolation, most of us have been spending our time getting through everything and anything on Netflix. But, it seems many of us have been leaning on a trusted old favorite to get us through... The Office.

In fact, it's now the second watched thing on the platform... but what's the first? Keep scrolling to find out (and for a reminder of why we all love The Office so much, of course).

It's still extremely popular to this day, and can be streamed on Netflix. If you haven't watched it yet, we highly recommend!

And since then, fans have had to rely solely on reruns to get their Dunder Mifflin fix.

We can always rely on The Office to serve as the ultimate pick-me-up. And it seems this was no exception when it came to the pandemic the world is currently in the midst of.

With many of us in self-isolation, we've been turning to Netflix to help pass the time.

And it seems that most of us have been opting to (re)binge our way through The Office.

And who can blame us?

Sometimes, you just need a trusted old favorite to get you through.

In fact, the sitcom is now the second most-watched show on the platform...

With a staggering 1.23 billion minutes streamed over the week of March 16 alone.

But what beat it to the top spot?

Well, it seems Mark Whalberg’s Netflix original movie Spenser Confidential, claimed the crown -  being streamed for an impressive 1.25 billion minutes. So, there you have it. But, before you go, keep scrolling to check out everything coming to Netflix this month. Our lockdown induced boredom is sure to be cured with this line-up...
20%

$11.75 $9.40
Buy Now
See More Deals
We hope you find these deals as awesome as we do! Just an FYI: we may receive a share of sales from links on this page