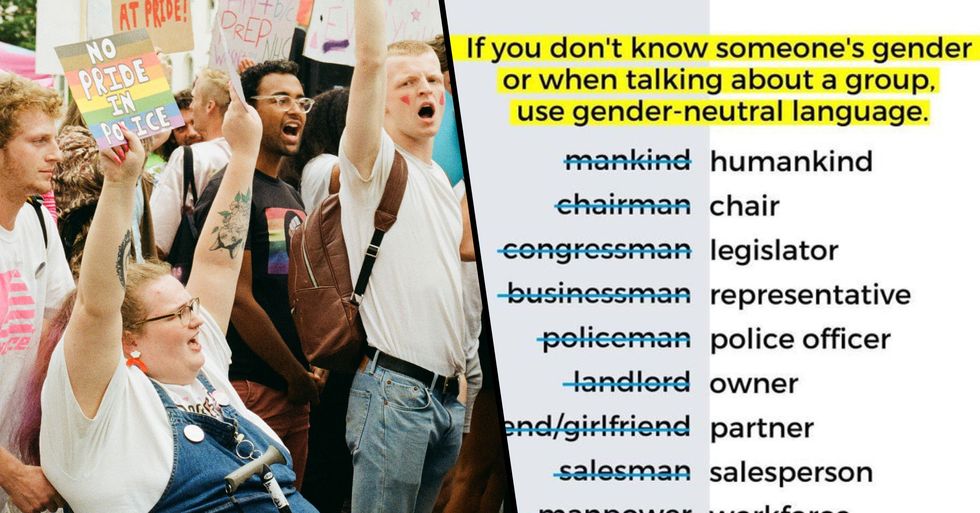 The United Nations is currently facing a lot of backlash after they recently tweeted a "gender-neutral" language list...

Even though Father Christmas is a fictional character made up for children, many parents called for the festive figure to not be gender-specific... which really wasn't necessary.

More and more people are now making a conscious effort to include gender-neutral pronouns in day-to-day life...

And it's safe to say that the LGBTQ+ community is bigger than ever.

So much so, that the United Nations shared this important tweet yesterday.

Even though this is an acknowledgment of those who identify as gender-neutral...

People aren't happy, at all.

Many feel that right now during a global pandemic...

The United Nations have bigger fish to fry.

And when we think about it, some of their phrases don't exactly make sense.

This has lead people to believe they can no longer use gender-appropriate pronouns without causing offense...

Which certainly shouldn't be the case.

And, predictably, British journalist and potty-mouth Piers Morgan got involved.

Piers is well known for his explosive (yet arguably fair) opinions on the gender-neutral debate and he isn't afraid to hold back.

Piers pointed out that we are in the middle of a global pandemic...

Imagine doing this in the middle of a global pandemic? Imagine thinking that the one thing people are really worri… https://t.co/Wllt4CujBc
— Piers Morgan (@Piers Morgan)1589832124.0

And we really shouldn't be concerning ourselves over the fact that people are offended by certain pronouns.

And whilst presenting the British news program Good Morning Britain...

He said, "Here's the UN, who should be trying to save lives, and yet they think it's important on this day to tell people to stop using the word mankind because it's offensive and sexist", which lead him to refer to the United Nations as "garbage."

Make sure to keep scrolling to read about the cafe who replaced their gingerbread men with "gingerbread people"...