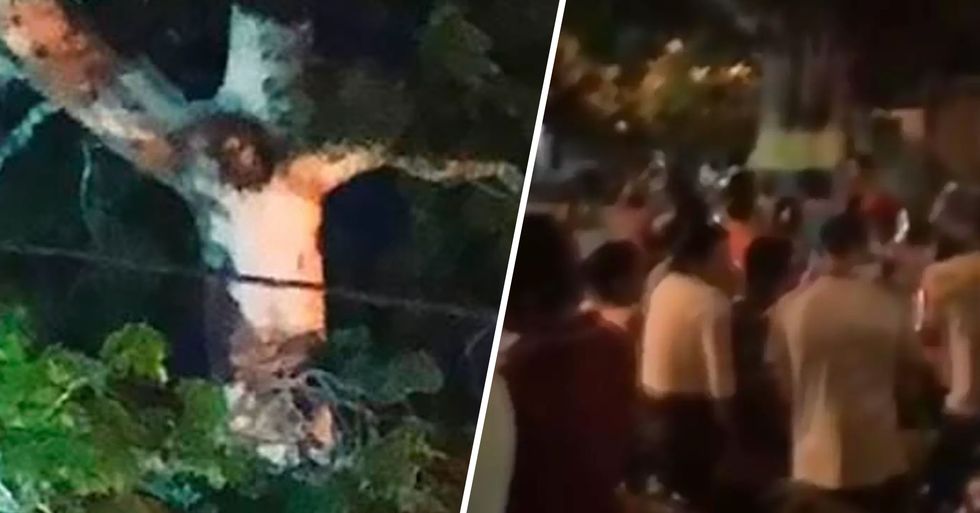 Of course, it is extremely difficult to be kept away from loved ones, but we must do so in order to protect those most vulnerable in our society. However, while half of us are tucked away in our homes, the other half is breaking quarantine for a very strange reason...

And the latest case of breaking quarantine might be the oddest yet.

Residents of Magangue in the northern Colombian department of Bolivar all gathered to take a look at a ceiba tree...

Although this wasn't any old tree.

Because for some mysterious reason, it looked as though an image of Jesus Christ had appeared in the trunk.

Take a look for yourself!

Journalist Rafael Rodriguez said, "Dozens of people are gathered here. They are here to see the figure of what they say or believe is the figure of Christ, they have forgotten about [the virus] and are currently here looking at this figure."

Whether it's an optical illusion or an actual message from God, though, it's still not a good enough reason to break lockdown - got it? And this hasn't been the only issue with social distancing. Scroll on for the horrific images of homeless people sleeping in a car park...