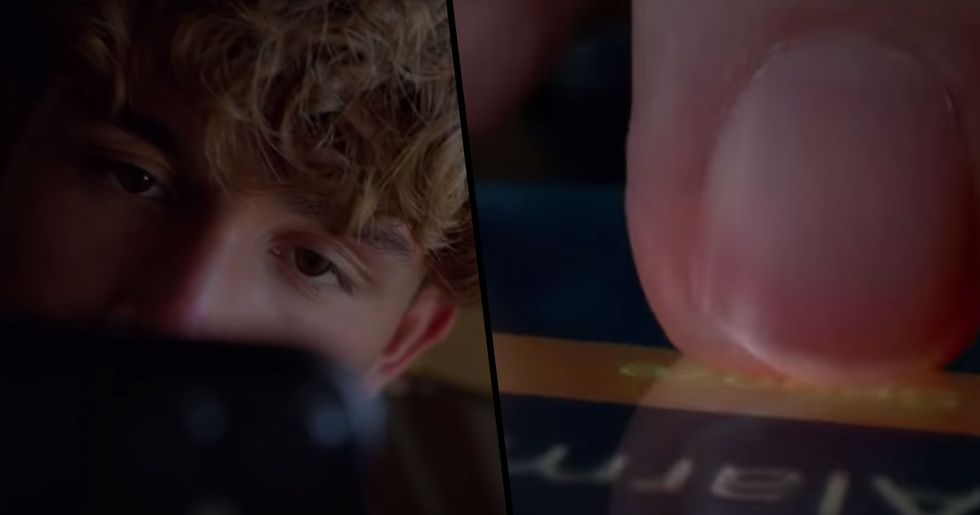 Since the iPhone 11 was released a few months ago, the world has gone into a complete frenzy over the new and very advanced piece of technology.

It's the most impressive iPhone yet, and despite it having features that a lot of other smartphones already have, it's the most in-demand phone on the market right now.

Despite its popularity, the iPhone 11 has been called out for its most recent advertisement, after viewers have complained of experiencing heart palpitations after viewing.

And Apple is one of the best technology companies in the world, offering a range of high-standard computers, laptops, mobile phones, tablets, earphones, and even watches.

The iPhone is arguably their most popular product.

It seems that everyone has an iPhone nowadays, and it's easy to see why.

Their simple and easy-to-use software works well with everyone.

The Apple iPhone is an easy-to-navigate yet sophisticated piece of technology, and it has to be said that they're definitely the most attractive smartphone on the market.

The most recent iPhone model was released in September of this year...

Apple have released an advert especially for the iPhone 11.

The advert takes the angle of being from the iPhone's perspective from the start of an average, busy day.

The advert shows how resistant the new model is...

It shows the iPhone being thrown into bags, being knocked off a table by a pesky pet cat, being used to take photos of friends in bars, and just generally being used in all sorts of hectic social situations.

Despite the advert being very cleverly put together...

There have been a series of rather unusual complaints.

Many people have complained online about having heart palpitations from watching the advert...

All because of the classic iPhone alarm.

The advert kicks off with the sound of the dreaded iPhone alarm...

And this has been causing stress and that feeling of dread in a lot of people, with many voicing their frustrations online.

The default iPhone alarm tone has become a universally hated noise because, let's face it, who really enjoys waking up to an alarm every morning?

Some people have claimed to get PTSD from the sound...

PTSD (Post Traumatic Stress Disorder) occurs in people who have experienced or witnessed a traumatic event.  It may sound dramatic, but many iPhone users have conditioned themselves negatively to the sound of the alarm.

PTSD is usually experienced in war veterans and survivors of disasters...

So can it really happen for iPhone users?

A psychologist has explained this unusual condition...

Jason O’Callaghan MSc BA HDIP, a psychologist specializing in the unconscious, spoke to UniLad. He thinks that it is actually possible to be conditioned by Apple. "These people have been conditioned that it’s time to get up in the morning and rush to work with this sound. But now, they’re getting it in their relaxation time because they’re hearing it in an advert."

The iPhone alarm is a negative reinforcement.

Generally, the sound of a morning alarm is associated with rushing around and being stressed...

"People are being conditioned to that sound by Apple, and for a lot of people, obviously, they’re being woken out of sleep and being forced to rush out to work by that sound. Naturally, that’s an anxious time, and now that sound is entering their private, relaxation time."

It's pretty unlikely that Apple will remove the ad...

Although it's a great advert, it's undeniable that the sound of that alarm sends shivers down the spine... watch it for yourself here! To read more about Apple and the incredible technology that we have access to, keep scrolling to learn which Android phones have very similar features to the iPhone 11...