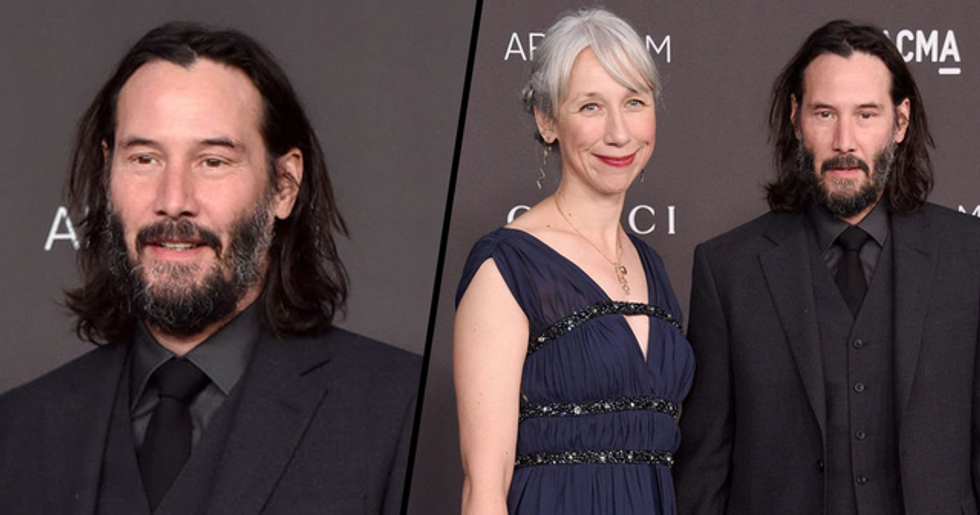 The actor couldn't be happier as he beamed alongside his partner, but there's one thing that fans can't stop talking about... And it's about how age-appropriate his girlfriend is. As you all know, a Hollywood actor dating someone his own age is hard to come by, so people are understandably very excited to hear about the age gap between Keanu and his beau.

And the other thing that people are just so delighted with?

The age gap between Keanu and Alexandra.

Unlike most celebrity couples...

This couple are extremely "age-appropriate," with Keanu being fifty-five years old and the artist being forty-six years old. So, quite understandably, people cannot get over the fact a Hollywood actor is dating someone his own age. Scandalous!

Obviously, the Keanu fan base has taken to Twitter to express their joy...

Keanu and his age-appropriate girlfriend look so cutely and refreshingly normal https://t.co/gL5dKnhpFc
— Tom and Lorenzo (@Tom and Lorenzo)1572916161.0

And have gushed about how happy they are for the star to be in such an unproblematic relationship, but also how great it is to see a Hollywood couple look so normal.

Though many aren't too surprised...

Because Keanu is just a great guy, isn't he?

Other celebrities may want to take note...

I hate to name drop, but, Leo, we're looking at you. For more on Keanu, keep scrolling!