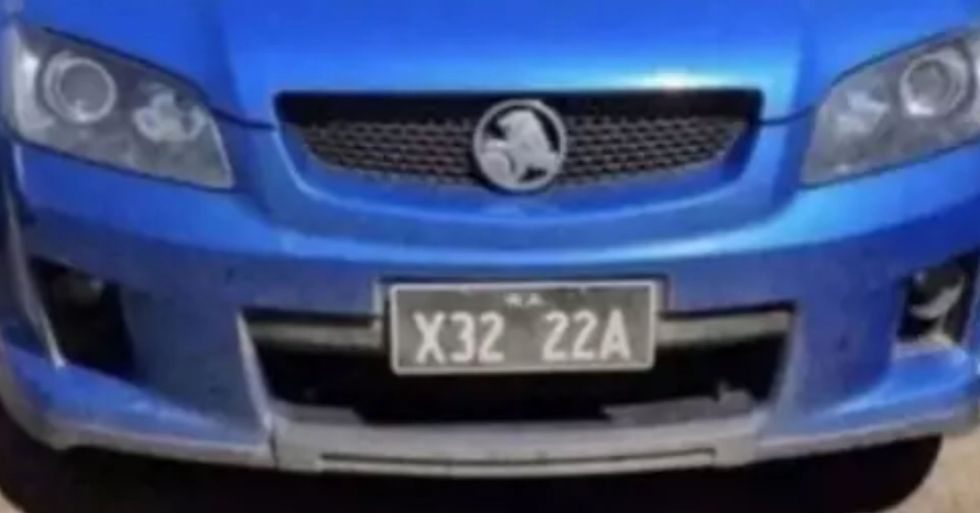 A driver over in Australia has become an internet sensation after someone posted a picture of their hilarious number plate to Reddit...

We all love a good personalized license plate.

There are hundreds of combinations to come up with... the possibilities really are endless.

But it's not every day that your license plate goes viral.

Well, this week, one person in Australia has become an internet sensation after their personalized registration plate started doing the rounds online.

But it didn't go viral for the reasons you might expect...

What appeared to be an absolute fail, quickly turned into something else when eagle-eyes viewers looked closer. Read on to find out why...

Fails are truly just a part of life.

And, let's be honest, the internet loves to bask in other people's unfortunate situations.

But I also can't stop watching it. It's comforting in a sense. You see, I am also this clumsy. I get it.

At least she only sent the email to one co-worker! Imagine if it was to the whole office.

At our wedding, my wife’s dad performed the ceremony. He pronounced us Chad and Jina Olbinski. My name is Mike.… https://t.co/MHKa0kSBKJ
— Mike Olbinski (@Mike Olbinski)1526405778.0

Wow, what a mistake to make. I hope he felt bad. Like, really really really bad. You can't see it, but I am shaking my head right now.

My #ResolutionFail was to not do anything stupid &4 days later I got stuck in a baby swing and had to call the fire department to get me out
— Isabella (@Isabella)1484156289.0

This is fantastic. I doubt she was sober when this happened. With a resolution like that, it seems like she had a penchant for doing stupid things.

My dress was the same color as the green screen behind us #PromFail @jimmyfallon https://t.co/MSfRADJgW7
— Emily Peiffer (@Emily Peiffer)1493843517.0

How could she have known that there would be a giant green screen at prom with a starry night background?

Made a resolution to be a safer driver. 3 days later I rear ended someone because I thought I saw Dr.Phil driving behind me. #ResolutionFail
— KRose (@KRose)1484193440.0

To be fair, this would be the proper reaction to a Dr. Phil sighting. Unfortunately, it wasn't actually him.

Who gets three proms?! My school only had a prom for seniors, and honestly, I was relieved because that's only one dress I had to worry about.

I hope that was a mass email. Everyone at the party would have had so many questions.

Let's Get It On

Guests were questioning my relationship with my father when Let's Get it On by Marvin Gaye was played by accident f… https://t.co/xrPG9NlNye
— Leanne Smith (@Leanne Smith)1526405905.0

This is why you have to make sure your DJ knows what they are doing. This must have been quite a moment.

@jimmyfallon As we were saying our vows, we heard a beer can open amongst the guests. #weddingfail
— Coralie (@Coralie)1433401550.0

I hope whoever did this got some serious side-eye. But also, this is why you don't let guests have their beers until after the ceremony.

I honestly love this and now I want a Ring Bear at my own wedding. If I can't get a real bear, a little kid dressed as a bear will do.

#OfficePartyFail I had never been to a sushi restaurant I was eating Edamame and I realize that I was eating the ones people already chewed
— Sapna (@Sapna)1480548530.0

If you have never eaten edamame, it isn't obvious how to do it, and this is a totally understandable mistake! Gross, but understandable.

Resolution: no McDonald's. My sister offered me a danish off of a plate and when I ate it she whispered "it's McDonald's" #ResolutionFail
— taylor (@taylor)1484169231.0

This is such sabotage! So mean. But also kind of funny.

And now onto what you've been waiting for...

Someone has unknowingly become Reddit famous after a snap of their car was uploaded to the platform.

"That's certainly a good reason to move into the slow lane when you see this guy pulling up behind you," wrote one user, after seeing the photo.

People couldn't stop joking about it...

Trust me, you'll understand why.

Of course, many combinations of number plates are banned for obvious reasons.

But that didn't stop this person from getting a little creative.

But, when viewed in your mirror...

Well, it's a different story entirely. It's certainly creative, I'll give it that... For more like this, scroll on to read about the most luxury cars owned by TikTok influencers...