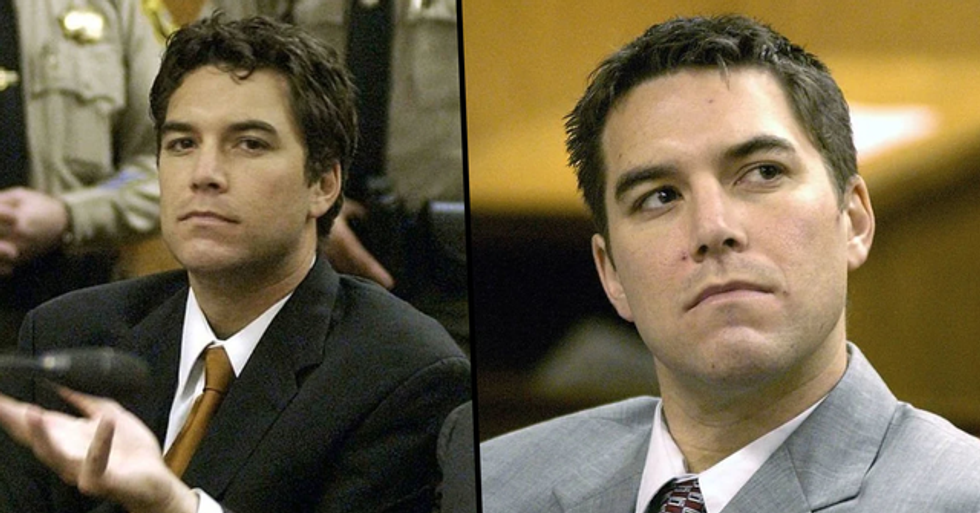 Yesterday, it was revealed that Scott Peterson's infamous death penalty sentence had been suddenly and unexpectedly reversed by a California court.

Today, people are still coming to terms with the new development in the historic case, and it's needless to say that they are not happy...

In 2004, Scott Peterson was found guilty of killing his pregnant wife, Laci Peterson.

Very quickly, Peterson's name became known by all Americans far and wide as news reports detailed the gruesome nature of his wife's murder.

To this day, Peterson has remained on death row...

And our country has continued to come to terms with the shocking murder case.

But, yesterday, everything changed.

A California court announced a huge development in Peterson's sentence, and people are both confused and angry. Here's what we know so far.

On December 24th, Laci Peterson, who was twenty-seven and 8 months pregnant with her first child, was initially reported as missing from her and Scott's home in Modesto, California.

Many of which were lead by Peterson himself, who was portrayed as a grief-stricken husband and father-to-be.

But, from the onset, things had started to look suspicious.

Just a month after Laci's disappearance, Amber Frey, a Fresno massage therapist, came forward at a police news conference and claimed that she was having an affair with Peterson, saying the affair began in November after Peterson told her he was single.

Laci's body, along with her unborn child, was discovered in the San Fransico Bay area shore.

Just a day after her body was discovered, Peterson was arrested...

And was held without bail as charges of capital murder and double homicide pended.

And what came next was a long, emotional, and highly publicized murder trial.

Peterson consistently pleaded not guilty to the charges, but DNA and forensic evidence suggested otherwise.

It was believed that, amid his affair, Peterson had killed Laci to get out of married life...

And to ultimately avoid ever becoming a father.

And, despite his pleas of innocence...

Peterson was eventually found guilty of first-degree murder for Laci's death and second-degree murder for their son, Conner's death in November 2004. These convictions carried with them a sentence of at least thirty years behind bars.

But, in March the following year...

Jurors agreed to hand Peterson the death penalty, a sentence that many people deemed as fair, considering the horrifying nature of his crime.

For sixteen years, Peterson has remained on death row.

The forty-seven-year-old has appealed his sentencing a handful of times, once in 2012, and again in June this year.

But, yesterday, everything changed.

The court said the death penalty was removed because the trial judge made "clear and significant errors" in jury selection...

Meaning that Peterson did not receive an impartial trial.

It was determined that the trial court "erroneously dismissed" prospective jurors who said they opposed the death penalty...

"Even though the jurors gave no indication that their views would prevent them from following the law."

Peterson's murder conviction remains in place, and he is set to receive a new trial for his punishment.

But, regardless, people are furious over the decision, with many slamming it as an act of pure injustice for Laci and Conner.

People are seeing the decision as the California Court supporting Peterson...

Though are we really surprised?

Most people are convinced of Peterson's guilt...

And they think he should pay for his crimes, regardless of whether the jury was impartial or not.

Should Peterson's death penalty never have been revoked? Or does everyone have the right to a fair trial? This is a developing story, and we will post updates accordingly.