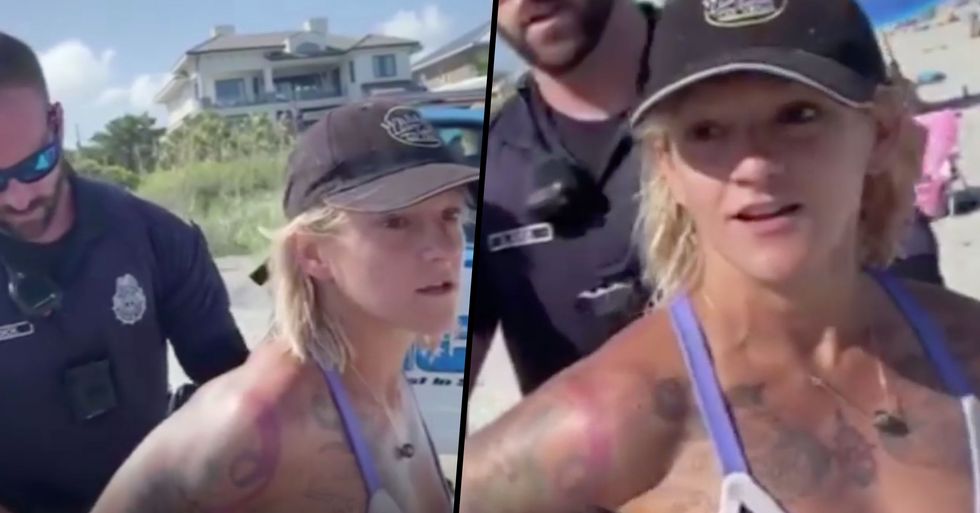 What can be so offensive about a bikini that means women can get arrested for wearing one? Well, a video circulating around as elicited a very strong reaction from people who are all defending the woman being put in handcuffs.

This user raised a pretty great point too...

It's a beach, not a children's play area.

"Are they supposed to protect the public?"

The Karen that made the call was clearly confused...

Imagine being so annoyed at a bikini that you call the cops? Messy.

This user is clearly taking this as seriously as the police did...

You've got our vote!

Whoever came up with the beach attire rule book needs to be put in handcuffs...

We're just glad that everyone else is on the same page with this entire thing.

Here's the full video for those of you that haven't seen it already: