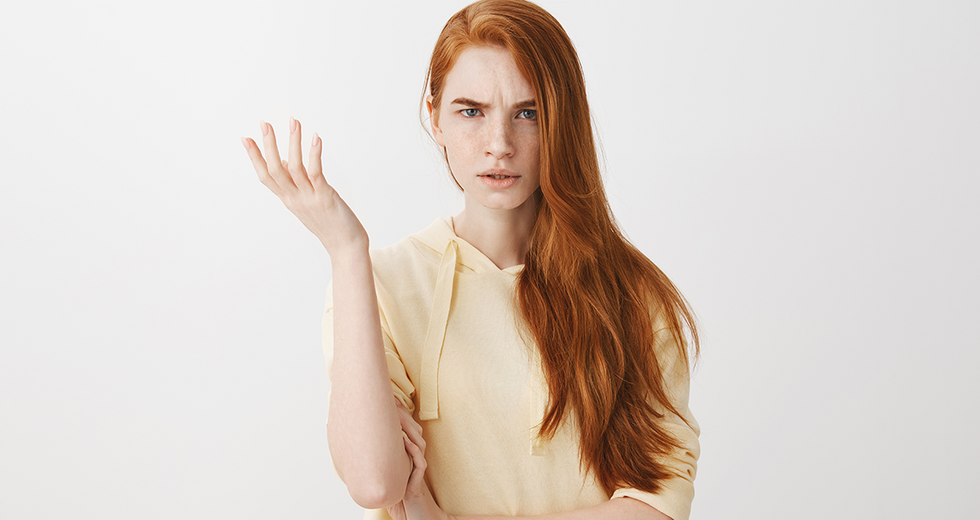 Have you ever made a quick judgment based on someone and realized later it was terribly incorrect and insensitive? Or even worse, someone made an assumption about you that was horribly harsh? Sometimes those assumptions can stick with you for a long time, and it's hard to forget what people have said about you. Those rude comments can have an incredibly negative effect on someone's self-esteem, and once those assumptions are said out loud, it's hard to take them back.

It happens all the time, judging a book by its cover, making quick and false assumptions about people we don't know. Unfortunately, it can happen without even thinking and our words can really hurt people. Judging others never leads to anything positive, but that doesn't stop some people from saying awful comments, whether it's in person or online. A Reddit thread allowed people to open up and share some of these assumptions that have been made about them, and let's just say, they are crueler than you can imagine.

Have you ever judged someone off of their looks?

It happens all the time, all around the world, to every kind of person. Quick, unintentional internal remarks are constantly being made, and they usually aren't the kindest thoughts.

No one is safe from making assumptions.

Unfortunately, we can be very judgemental creatures and can assume some pretty terrible things about others.

But there are some assumptions that cut deep.

A Reddit thread started the conversation about the worst assumptions someone else has made about them and they are pretty terrible.

I went to Walmart while taking a break from painting the nursery. I was fairly spattered in paint and trying to pick a pizza. I heard a lady tell her kid "that is why you go to school so you don't have a job like that". -Mostlyaverageish

Here's a caring mother who is so sweetly painting her child's nursery, but someone has to go ahead and judge them for having paint on them? Come on now!

Assumptions based on race.

At a past employer someone complained to HR that I was allegedly playing inappropriate rap music...I get called into HR to explain myself and told them it wasn’t me…it was the white guy sitting two desks behind me and he came in to admit it... It was probably the fact that since I was the only black guy where I sit in a certain part of the office, they just naturally assumed it was me. -MortimerToKill

That's just wrong on so many levels.

I seriously hope that HR person gave an apology because that's unbelievably rude!

I had an Emergency Room doctor tell me I looked like an anti-vaxxer. -LunarLizzy37

Now that was a medical mistake.

Who knew a doctor could say something so incredibly idiotic! What does an anti-vaxxer even look like? I'm more confused than offended at this point.

Someone thought “just because I’m ugly, I'd date anyone". -Blitzboi01

I would have straight up slapped this person.

Nothing like a fresh batch of idiocy to ruin your day. I would have slapped some ugly on them!

I was in Target and stopped to look at a really cute swimsuit for a baby that was on display in the aisle. Two older ladies passed by and one of them said “she’s way too young to have a child" nose in the air. I was in my mid-20s, probably the same age or older than she was when she had kids. -ndhlpplse

Just let moms do their thing.

Shaming a mom is like the lowest offense you can achieve, so let's just never do it, okay?

Or shaming an "older" parents.

My wife and I were 30 and 31 when we had our son. We got a lot of nasty comments about waiting...You get judgment for waiting to have children.  -Dave-CPA

Parenting is already hard enough without everyone else's opinions. Just mind your business!

When you're an only child.

I worked with a girl who came from a big family and when I told her that I'm an only child, she went on a rant about how I must be spoiled and that my parents "f*cked me up" by doing everything for me. As if that's the only outcome that an only child could have. -house-cat

I've met some amazing people who have no siblings!

When I was working at Best Buy in my teens/early 20's, people would ask me to my face if I could go and get a "male" worker to answer their questions because they felt "more comfortable" asking them about it (stuff like game consoles, cameras, and equipment, iPods, that was the area I worked in).  -misswhitnum

You can just excuse yourself entirely from that conversation.

I really hope that she just walked away and told him to get out of her store. Ain't nobody got time for that!

A girl I met for a date on an app once said to me at the end of the date that I should see her again because a guy of my height won't have many options. -DukeInterior

Those jokes are getting old.

I hope he swiped left on her after that because she's a total jerk for saying that.

That I’m lazy because I really enjoy videogames...I have a full-time job, house, car, wife, and a dog. I also do most of the cooking, cleaning, dog-walking, and general chores around the house because my wife works crazy hours. Lazy my ass. -theslyturtle

I bet he could beat you in Mario Kart any day. Never trash talk people who play video games! Some people even get paid to play, so you never know.

“No wonder you’re so depressed you’re a lazy millennial who thinks everything is handed to him". -overcookedpopsicle

Never heard that one before!

If I had a dollar for every time someone assumed something about me because I am a millennial, I would be able to pay off some of the debt we inherited from all these baby boomers.

Judging the quiet ones.

My teacher was trying to make small talk with me one day and apparently because I'm a weird, awkward kid she asked: "you watch anime, right?" Like, I've literally never watched a second of any anime smh. -LiftWithYourBackInc

Even if you did watch animé, you'd be an even more awesome version of yourself.

Assuming someone has a drug problem.

I have ADHD so I talk fast, I'm super tall and lanky and also suffer from all year around allergies. Multiple times I've been told I have a cocaine addiction. -Typical_Stormtrooper

That's just wrong on so many levels.

I mean, that's just invalid and idiotic. What a mess.

Hopefully, you learned something from this.

Never make assumptions about people! Ever. Even if you think you're right, you're most likely not.

Keep those comments to yourself. But don't keep this article to yourself! Share it with others to destroy stereotypes and remind people to just be kind.