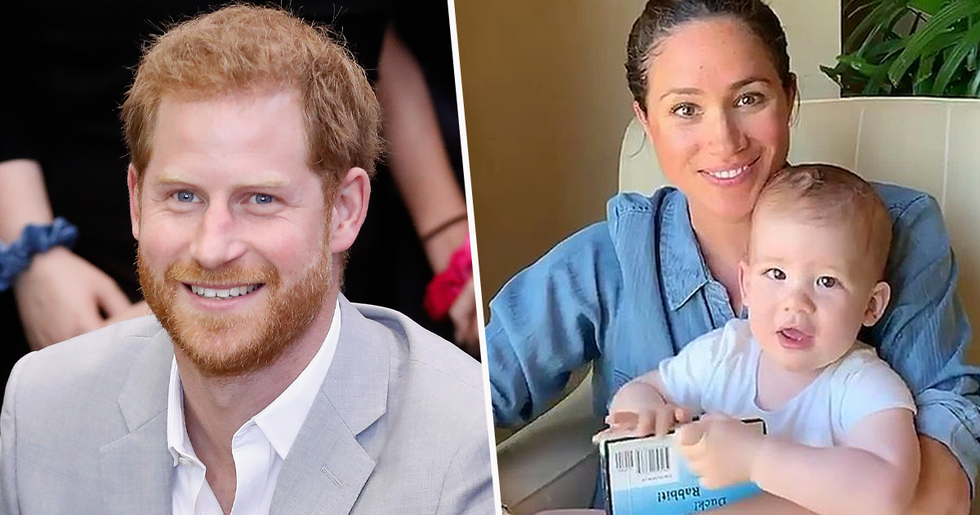 To commemorate Archie's first birthday, Prince Harry recently filmed a video of his wife, Meghan, and their son reading a story together.

But, despite Harry not being visible in the video, there's something about it that's making people fall even more in love with the prince.

Keep scrolling to hear why people have been gushing over Harry, and to watch the adorable video for yourself...

The video was insanely cute.

People have been gushing over the video...

But there's something else that people have noticed...

And it is about the make-shift cameraman, Prince Harry.

And, at one point, Archie looks directly at his dad...

And utters the word "dada". Our hearts can not cope with that.

But does this mean we could be expecting a little brother or sister for Archie? Keep scrolling for more...