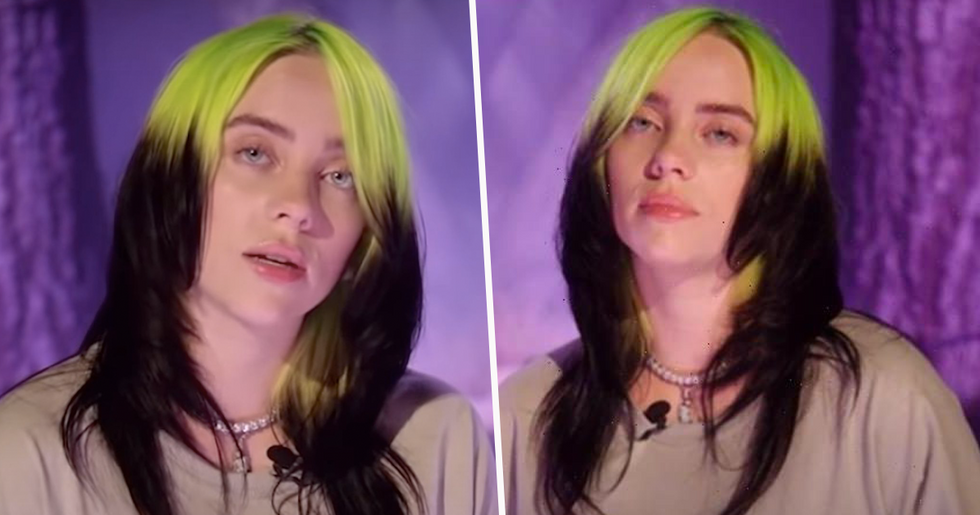 Billie Eilish has recently gotten some intense backlash after a "controversial" video appearance at the DNC conference in Wisconsin and everyone's saying the exact same thing...

Her appearance at the DNC conference has got voters riled up and it's all because of one specific video.

But throughout her career, she has always been vocal about politics.

And her passion for change really shows throughout her work.

Billie has the right to sing about whatever she wants...

That isn't the only thing she's been vocal about...

Recently, Eilish has started being extremely passionate about politics, from talking about the Black Lives Matter movement to discussing how she believes the world can progress to becoming a more equal place to be.

But it seems as though a lot of people aren't happy about it.

And her appearance at the DNC conference has made things even worse for her, especially after she endorsed Donald Trump's current natural enemy, Joe Biden.

The conference, which is the place where the Democratic presidential nominations take place, started on August 17th and will end today.

But after finding out that someone like Billie Eilish was there, a lot of people have taken to social media in order to voice their concern over the issue, even despite her outlining the reasons for her "controversial" decision.

Everyone's saying the same thing after seeing the video:

@billieeilish it's ok Billie. All of this should have already been sorted out before you were old enough to vote imo. Have a good day.
— Hernan Castanon (@Hernan Castanon)1597938409.0

@JoeBiden @billieeilish Jeeze. You have an 18 year old with no real life experience relatable to anything these kid… https://t.co/r7NUcragCW
— MarcuSixPercent (@MarcuSixPercent)1597937301.0

Here's the full video so you can have a look for yourselves:

If you want to see just how passionate Billie can get about political issues, then keep scrolling.