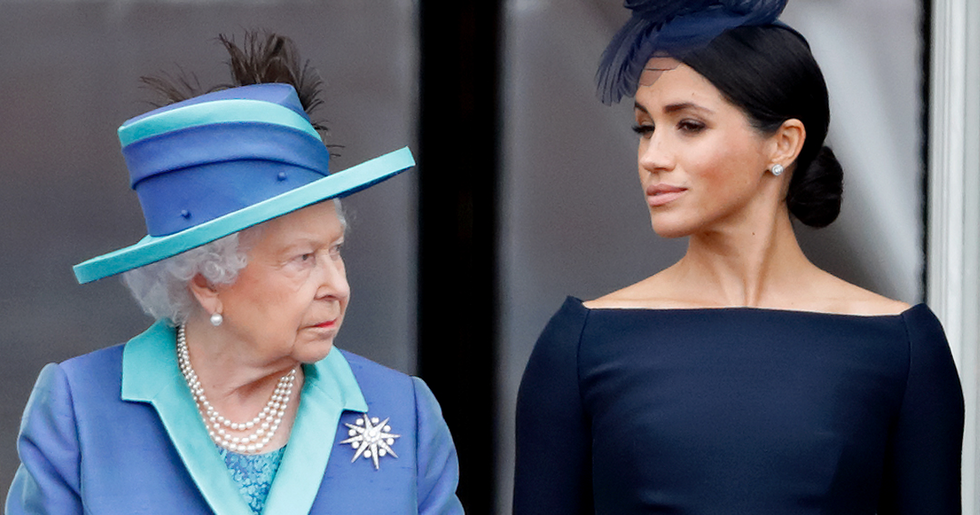 Queen Elizabeth has come under fire for her controversial birthday message to Meghan Markle...

Fans are not happy.

But all anyone can talk about is this controversial Tweet from the Queen! This has certainly ruffled some feathers, given the recent events concerning the monarch and Meghan...

But this week, it's Meghan's birthday that has fans of the royals talking.

People are not happy with this birthday message from the Queen.

And it's safe to say, people were not happy.

People aren't happy about the use of title.

@RoyalFamily She should not be Duchess of Sussex. Take this title away! She has nothing to do with Sussex and she d… https://t.co/0llXiamJaZ
— ElliEl (@ElliEl)1596528321.0

Since is seems Meg herself is trying to distance herself from it.

Is Meghan getting better treatment than the other royals?

This was also controversial.

Is the Queen showing favoritism?

What the Queen was really thinking?

We doubt she ever has such ugly thoughts! Want more from Meghan? Scroll on for the details on her secret diary...