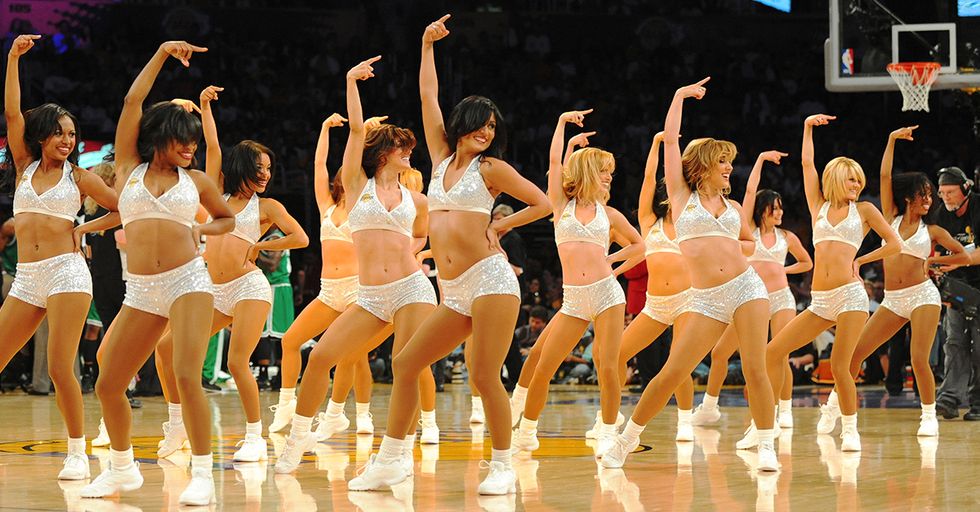 If you’re a sports fan, chances are you’ve questioned why certain rules exist—or even made up new rules of your own.

A bunch of Redditors shared their ideas for new sports rules, to hilarious effect.

We’ve gathered up our favorites, so read on to see these seriously funny (and sometimes dangerous) ideas.

Rowing crew, but now you can board the other boats. —ApocoPaco Suddenly oars have taken on a whole new purpose.

So you think baseball is boring?

Baseball: They can throw the ball directly at the runner to get them out while running. So it adds that dodgeball layer to the mix. —DennisNedrey Fun fact: this was originally allowed when baseball was first invented!

A new take on the Olympics.

The random Olympics. There's no tryouts or qualifications to be a competing athlete. The competitors in every event are selected via random drawing out of each country's total population. —sharrrp Our unathletic selves wouldn’t be fans of this one, to be honest.

Take a whack at this version of golf.

Golf but everyone goes at the same time and fighting is allowed. The Hunger Golf. —TehRealZeddicus Helmets might be a good idea for this one.

And for this one, you’ll need goggles.

Javelin throwing...but there’s a catcher. —BisonBizonByeSon You’d better have a doctor on the scene, too… Keep reading to find out how one Redditor would make basketball more tricky.

Basketball is getting too easy these days.

The basket in basketball should be moving. —Myfourcats1 Sounds like an arcade game (read: awesome!).

Ever look at a sport and think, “Needs more jumping"?

For nearly every sport: The floor is now a trampoline. Doesn't really work well with golf or hockey though. —hraefin Just turn the court into a bounce house.

The world needs a mashup of two of the coolest sports.

Synchronized high jump. —Mine_Zone Seriously, this sounds amazing and we really need it to happen.

Soccer: the game won't stop if the ball goes out of the field lines. Even if the player kicks it out of the stadium. —aFmeneguite This could definitely lead to some interesting situations.

For sports fans who love drama.

Mic every single player in the NFL or NBA. Preferably both. —WashedCat Reality TV meets sports—sign us up! Read on for a seriously hilarious twist on MMA fighting.

Fighting with a twist.

MMA: fighters must shout the name of their attacks. —Flame_Beard86 Punch punch punch!

Soccer minus the kicking?

Only being allowed to use your hands in soccer but you can't pick the ball up. —StoryPerhaps We’re loving the mental image of this.

Baseball but you carry the bat with you to fight the basemen. —RacingPanda Erm...let’s stick to the original.

Track and Field events are now in a 2' deep ball pit stadium. —IntestinalFracking Hurdles would definitely be a challenge.

Here’s how to liven up your next bowling night.

Bowling. Add a goalie. —richardec Getting a strike has a whole new meaning. Hockey meets football on the next page.

Slide up to this hockey idea.

Hockey players are allowed to carry the puck like a running back. —preshred Might as well throw out the hockey sticks.

Baseball but there's only one ball. Once it's out of the field for any reason the game ends. —pabbdude No home runs here!

Take advertising to the next level.

NASCAR Drivers should have to use their major sponsors' product(s) while racing. —edurealms This could lead to some interesting multitasking.

Any ball game - replace the ball with one where the center of gravity is significantly displaced from the geometric center of the ball. —TalentedTimbo This might make our brains hurt a little, but it also sounds awesome. Click Next to find out what a baby duck has to do with a game of hockey.

Hockey: The puck is replaced with a baby duck and if you kill or injure the duck in anyway the entire team is disqualified. —ThePlasmid Protect the duck at all costs!

Inject some creativity into the sport.

Biathlon: Instead of firing a gun after you cross country ski, you have to Etch A Sketch and your picture is judged. —JohnRossRWTD A good Etch A Sketch does require some serious skills.

Who needs padding when you’ve got armor?

Add some flavor to the Olympics viewing experience.

Olympics: Have an average guy going with the rest of the athletes to show how impressive it really is. —kolpy99 See? Curling is harder than it looks!

Take a seat...and stay there.

Golf. No one gets out of the golf carts. —GVJenn If you thought golf was a lazy sport, wait ‘til you see this. Whether you're a sports purist or you're ready to invent some rules of your own, be sure to share this post on Facebook!