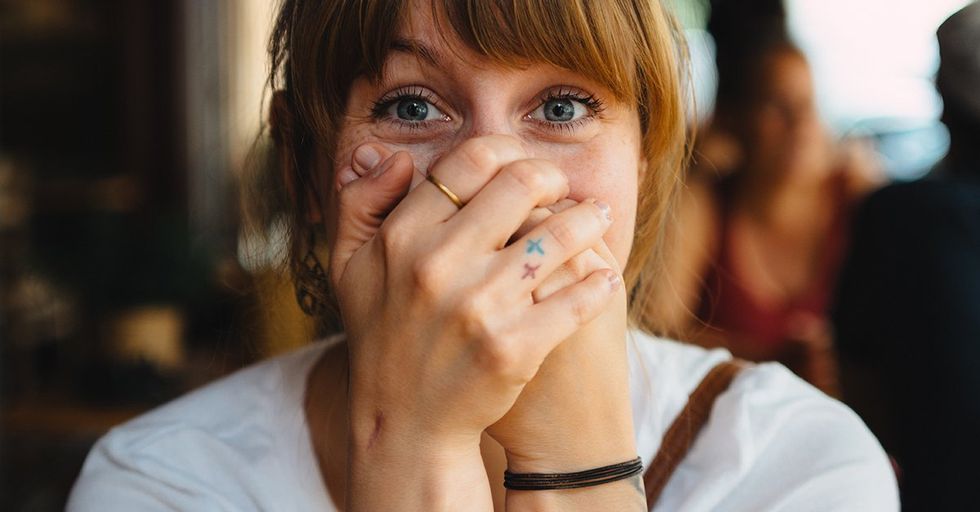 29 Liars Who Got Totally Called out for Their Nonsense

2018 is a strange year for the Internet. While many are out tweeting praise for our new Lord (Ariana Grande), the rest of the world seems to be on fire. There are people left and right boasting untruths and fabricating stories, all of which fall into the category of fake news. And yes, this habit of spouting wrong information has reached into the highest branches of government. But they are not the only ones.

People everywhere are attempting to lie on social platforms and mediums across the Internet. Do you know how much information is available on the Internet? All of it. All of the information in the world as we know can be accessed on the Internet. It wouldn't be a smart move to lie on the Internet in 2018 since you can be easily proven wrong. It seems like the people below must not have realized that, or didn't care if they were called out. And honestly, I don't know which one is worse.

The people in the gallery below are liars.

And just like Carol Kane's character in The Princess Bride, spectators were not afraid to scream and shout and call out these liars for exactly what they are.

Why would you lie about getting a dog?! Eventually, your friends are going to want to meet this dog (especially if it's that cute). What was the long-term plan here?!

Johnny Knoxville isn't having it

This is so strange. Why lie straight to Johnny Knoxville's face with something he can easily refute?! I don't understand this one bit.

This just goes to show you that you can't always believe what you see on social media. Especially if Lil Bow Wow posts it.

Hard at work... without a pencil

Oh yeah, sure Coach. Take a pic of your student-athletes hard at work in the locker room between workouts. Just make sure they're all holding writing utensils first.

Hey, nobody's thinking about the poor website in this situation. They had to write about something.

Back in the day, you could stick any old photo up on the web and claim it was yours. Now people can find the original image with a few quick clicks. Just play it safe — only post pictures of your own Hitler-cat.

On mourning your favorite band...

To be fair, it was a good story while it lasted.

WWE with the steel chair shot of truth.

Do you have any idea how fake your story has to be for WWE — a pro wrestling company that is literally fake — to call you out? It's almost more fake than the Dark Order's punches! (The Dark Order is a wrestling group notorious for being bad at pro wrestling punches, if you didn't know.)

So excited for free agency to start.

It is so crazy to me that just any doofus can type "Emmanuel Sanders deal in play... 49ers want to offer 100 billion but Sanders camp yet to reply" and it gets picked up as fact and run on, like, ESPN?

It's a cool statue on its own!

Why lie about this being an ancient Mayan statue? Just say a cool artist made this cool thing! It is already cool! I feel like I'm losing my mind over here!

Artists put a lot into their work. When you lie and say it's your own, it's such a giant slap in the face. Just make your own dang art. Criminey.

Will the real homeowner please stand up?

Again, if you just reverse image search the picture of that house, people are going to find out you pulled it off the web, and also see all the other posts where different people claimed to live there. It's just not worth it.

If you're going to find a video on the web and claim it as your own, at least pick a grainy cell phone video. No one's going to think you made a video of you son Cam going down a zipline with Today Show-level production values.

You don't own the English language.

If you make sounds with your mouth or scrawl letters in a certain order and it communicates meaning to another human being? Guess what, you just made a word. It's not that hard.

Not only did they steal the art, they also stole the math.

The comment under that was “aha good catch." - Kenesiskill

Yup, that is a child's hand. Not sure I would've caught it if I were posting a lie about my wife's boss' hand, but thankfully I'm not a weirdo liar so I don't have to worry.

Hopefully, we'll all one day be good enough internet sleuths that we can catch catfishers like this out in the wild.

I mean, they definitely have a Kiss casket. The mask just seems like a no-brainer of an idea.

Daily Express out here tryin' to freak me out.

Listen, I am already dealing with anxiety, Daily Express! Please do not pile on!

It's one thing to google a cute dog and claim it as a dog you know in real life. It's another whole deal to try and make a comeback against those who call you out. My advice? Just take the L and delete your Reddit account forever.

Also? I'm pretty sure they already cast Jasmine in the first movie...

He left the Shutterstock logo on... - Fandom_fancy

This is beautiful, it's true.

Unfortunately, this means James Blunt has been searching himself on Twitter. While this isn't a lie, it is very, very sad, meaning there are no heroes in this fight.

When will it end?

This poor guy is going to have everything stolen from him. And he can't even post a clever clapback because that will get stolen by someone else who had their internet post stolen too!

There's something very impressive about lying about an accomplishment, getting called out, and acting as though it was obvious you were faking from the jump. Insane, but impressive.

Get the basic facts right.

It's not impossible that the owner of "willow_goldenpup" was posting about said pup on Reddit. But the owner would at least know their dog's gender.

It was just a mistake!

What?! Some places let you steal from other people! It's not a big deal! Come on!!

This internet detective knew something wasn't adding up... so they kept working the case. And eventually, it all came together... I hope they had the chance to burst into the drawing room and go "someone on this comment thread... is a liar!"

What was to be gained here?

I cannot imagine finding a cool picture and claiming you took it in your backyard. Does this person think they're going to be "discovered" by a famous photography agent on Twitter?

With The Simpsons having been on the air since, like, the 1930s, yes, it's accidentally predicted a lot of things. But you don't need to force it! Some other disease The Simpsons made a joke about deep in Season 11 will probably occur anyway.

Terry Crews is not having it.

Some people are so rude, they actually see other people as rude. It's called Rudeness Projection Syndrome, and the only cure is a big dose of Getting Called Out On The Internet.

Real life call-outs are great too.

You can't just go around saying things are a lie, church! At least glance over an article on the scientific consensus.

He's literally wearing these exact glasses in his profile picture! Also, did he take these pictures on the floor of his car? What is going on here?

If you lie about finding a box of puppies, what are you going to do when people want more pictures of them? Or if they want to meet the puppies?

Come on, dude! Everyone knows that there are no electrons in the nucleus! That's like, biology 101! I think I learned that in 7th grade.

Oh, are you stuck in traffic? Are you really? What does the reflection in your glasses say? (It says you are not in traffic at all.)

Not so fast, bad review lady! There's security footage to look through. Ever think of that? Clearly, you did not.

There is no way a two-year-old said that. You can tell this person didn't try very hard to make the lie believable because no one would believe this.

This is hilarious. Rory has his mom snooping on him and busting up his Reddit lies. That kid is going to be in trouble.

I guess if you have a random patch of sand in your yard, that's one way to use it. Just make sure you take fake beach pictures while there aren't other people around.

I love that the owner stood up for his female employees and called out this guy for being creepy!

Kimberly with the screenshot

This is the most obvious case of the pot calling the kettle black I have ever witnessed in my life. Kimberly is a hero for the ages.

You get him, Tigerair! Did this person really think the airline wouldn't have a log of passengers?! I'm just so glad this Internet opportunist was called out.

The thing about actors and actresses is that they are also human beings and they have feelings, thoughts, and eyeballs. That means they can see the things you write about them.

Yeah, well, maybe Adrian has a second secret job...at Subway or something. You don't know his life!

I don't think a three-year-old said, "Through him all things are possible." That seems a little advanced.

Why would you tag Seth Rogen in this complete lie? Tagging him almost guarantees that he will see it? Do you think he'd just let the lie go?

This is so silly. What a way to get caught in a lie! And what a status to post about yourself.

Did she not realize she was smoking in this picture? How high do you have to be... Oh, I think I just answered my own question.

Don't try to be tougher than you are. Just admit that you get scared and hid behind your friends in this particular situation. It's okay, buddy.

This NBA player claimed to have donated to this organization, but guess what? The organization can tell who actually donated. And he did not.

If you're going to google a school in order to claim that you had graduated from it, you should make sure the school has been established for a little while. This is a good rule of thumb.

First of all, this post is a bit self-righteous, to begin with, then it turns out that it isn't even true! This guy is insufferable, I can tell.

Mom in the comments

Mom came to the rescue in the comments to clarify that yes, she did buy his car. And the whole first year of insurance.

Could you imagine being exploited like this without your permission in a post that is completely full of lies? Ugh, this is infuriating.

Okay, this one isn't technically a lie but it's within the same vein. ClickHole is fake, dude! Share this with someone who would never lie to you.