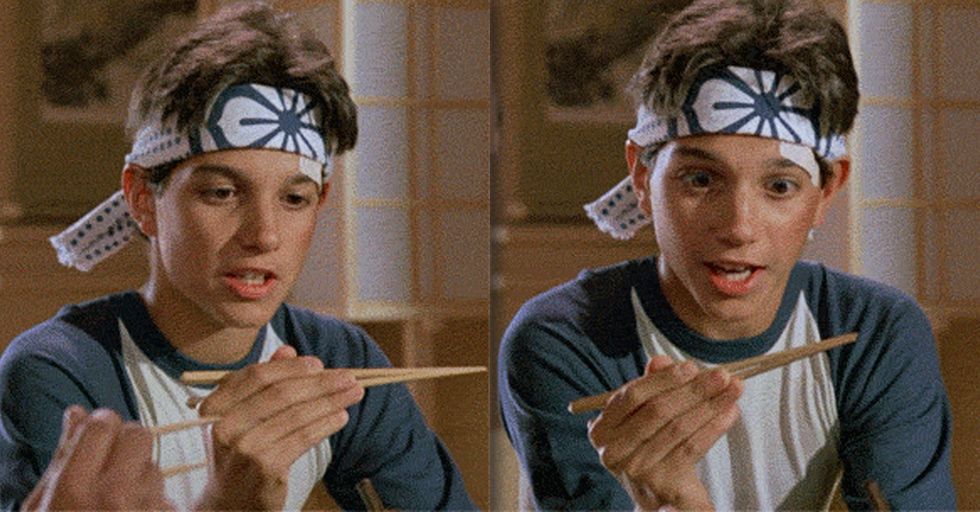 19 '90s GIFs Explained Hilariously By People Who Lived Though It

Between the movies and the television and the news of the decade, there was no shortage of crazy moments that have been stuck in our memories ever since.

The following 19 GIFs will be sure to bring up some of the most...sensitive stories of the '90s.

And those who contributed to the #ExplainA90sGIFPoorly hashtag roundup came with the funny. Take a look for yourself!

Yes, O.J. Simpson's car chase would actually make a great commercial for the Ford Bronco. So durable! So consistent!

Now that would be terrifying. But it would also be a good premise for a movie.

There were a lot of lessons in Karate Kid, but I don't think one of them was the right way to hold chopsticks.

Let's be real: Cher would not be wearing that outfit during the summer when mosquitos are everywhere. The next one cheats...slightly.

OK so Teen Wolf was actually the '80s, but it's fine because Michael J. Fox was just the coolest.

That's so not true. The Wonder Years was maybe the most wonderful thing. Seriously, it's one of the best TV shows of all time.

OK but this Saturday Night Live sketch probably actually was the inspiration for Magic Mike, so this GIF explanation is a little too perfect.

Want all the trials and tribulations of raising a child on your keychain all day? Try a Tamagotchi!

It's Jif, right, like GIF, not Jif like GIF. The next one will really take you back.

That right there is Jerry Springer, which is sort of, in one way, kind of a "great family show." It usually reunited unwilling families, that's for sure.

If you have a big dog, you know how much they drool. Beethoven depicted it perfectly.

Yeah... I don't think that's what he was saying.

I'm thinking about all the late fees I paid to video stores that don't even exist anymore. But it was worth it.

Saved by the Bell

Yes, if someone ate my tacos, I would be this upset, but also look at that snot bubble in her nose! I can't stop watching it.

HA! "The future of rap." That turned out to be so not true.

This person should bite their tongue. Full House is a masterpiece, if for no other reason than it launched the career of Mary-Kate and Ashley Olsen.

Get it? People on social media love these because they're trolls. On another note, why did we ever buy these?

If only we knew never to get them wet. Share this with a fellow '90s freak!